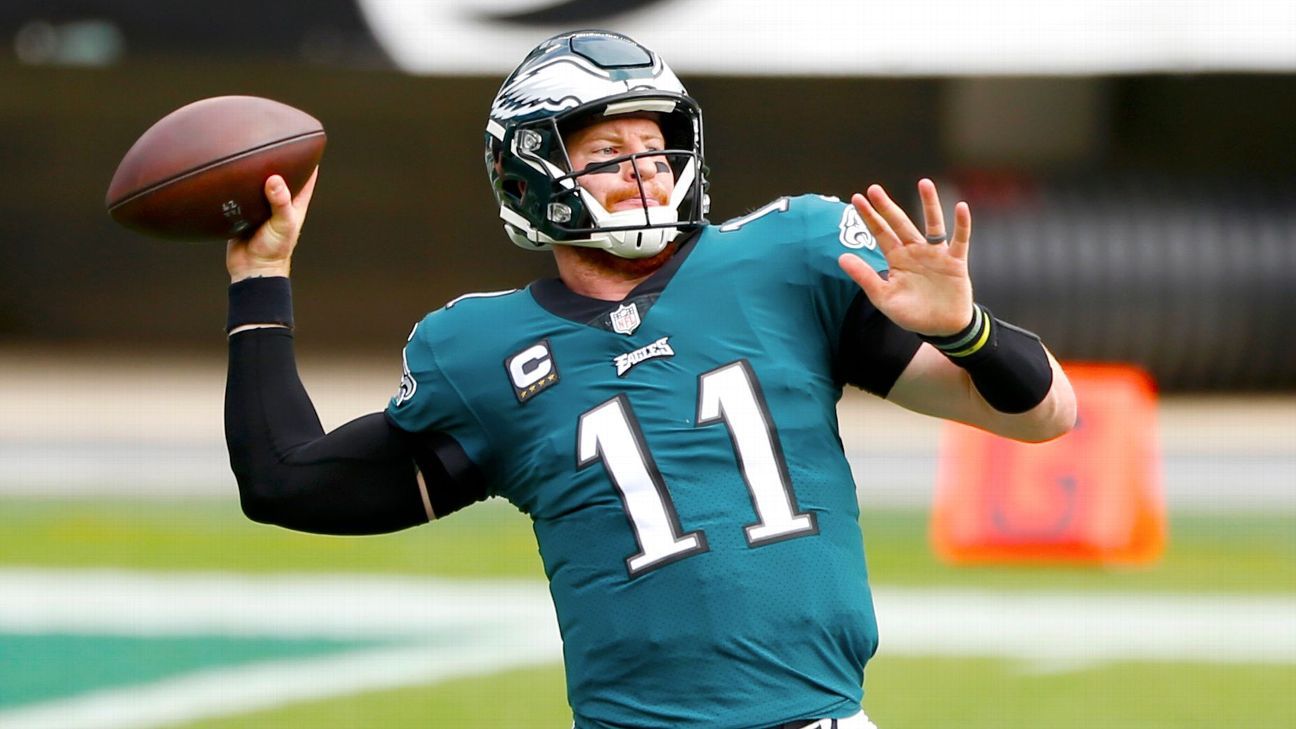 PHILADELPHIA — OK, the 2020 NFL regular season is over. Now the real fireworks begin for the Philadelphia Eagles.

This offseason is setting up to be one of the more consequential for the franchise in recent memory. The Eagles’ relationship with quarterback Carson Wentz — the center of their universe up until a couple months ago — has frayed. That leaves Philadelphia with a disgruntled franchise quarterback making $32 million a year, a promising rookie QB in Jalen Hurts who flashed during his four-game audition and a monster decision to make.

The Eagles hold the No. 6 overall pick in the 2021 NFL draft and have to nail the selection in order to rebuild a roster that has gotten old and expensive. They need a new defensive coordinator and likely several new offensive coaches. There are franchise cornerstones outside of Wentz, including Super Bowl hero Zach Ertz, who are seemingly on their way out.

Breathe deep, and let’s dive in.

Will Wentz be traded? 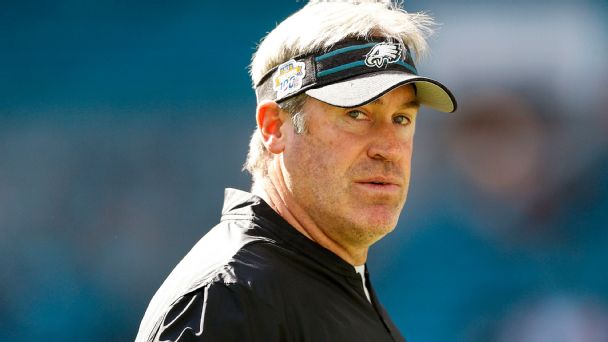 &• McManus: Pederson went against own creed
&• Eagles GM: Not talking about trading Wentz
&• Social reax: Giants upset with Eagles
&• Pederson: I was ‘coaching to win’

It sure seems to be heading that way. According to ESPN’s Chris Mortensen, Wentz’s relationship with coach Doug Pederson is fractured beyond repair and the QB plans to ask for a trade.

The Eagles will try to calm the waters in the coming weeks — general manager Howie Roseman and Pederson started that process Monday by pumping Wentz up and assuring all is well between team and QB — if for no other reason than to try and build up trade leverage. Parting with Wentz after giving him a four-year, $128 million extension in the summer of 2019 will be a record-setting financial headache. Philly would incur a dead-cap hit of nearly $35 million by trading him as it stands. The largest dead-cap hit to date in league history was Brandin Cooks‘ $21.8 million with the Los Angeles Rams.

That’s a mighty hard pill to swallow. But Wentz’s trust with the organization was breached after they assured him the Hurts pick in the second round last April was nothing to worry about, only for the situation to devolve into a full-fledged QB controversy (in part as a result of Wentz’s poor play). Any plan the Eagles devise to get Wentz back to his old self and into the QB1 chair once more will be viewed skeptically. Parting ways now will give Wentz the fresh start he seeks while providing the Eagles financial relief in the long run.

He should attract some suitors — a reunion with coach Frank Reich in Indianapolis is possible and the New England Patriots are surely doing their homework — but a deal needs to fall into place quickly: The Eagles have to execute a trade prior to the third day of the 2021 league year (begins March 17) before his $22 million base salary for 2022 becomes fully guaranteed and his 2021 roster bonus of $10 million is paid out.

Which other Eagles players will be on the move?

The biggest expected departure outside of Wentz is Ertz, their standout tight end. Like Wentz, Ertz’s relationship with the team became strained this past offseason as contract talks fizzled. The quality of the offers left the impression that management wasn’t very sincere in its efforts to keep him.

He was brought to tears Monday when asked to give a final message to Philly if this was the end of the road.

“This city is the best city to play for, and I couldn’t have asked for a better experience,” Ertz said. “The city means a lot to me, it means a lot to my family, and I’m thankful.”

Ertz, 30, led his team in catches and receiving yards the past four seasons before an uncharacteristic and injury-filled 2020. He has a reasonable contract — his $8.5 average salary ranks 10th among tight ends — and an acquiring team would have reason to believe a bounce-back season would be in store in ’21. The wisdom of the Eagles parting with another core player and locker room leader, like safety Malcolm Jenkins before him, is to be seen, but they will get about $5 million in cap space.

Center Jason Kelce, 33, has been pondering retirement the past couple of seasons. If he walks away, they’ll be losing a bedrock player and on-field coach who brought a level of accountability and professionalism.

Wentz, Ertz and Kelce returned to the field together long after Sunday night’s game against Washington ended and talked by the bench for about a half hour before disappearing into the tunnel. The significance of the moment seemed clear.

The Eagles are projected to be $73 million over the cap in 2021. Roseman needs to shed some veteran contracts. Cutting wide receivers Alshon Jeffery, DeSean Jackson and Marquise Goodwin will give them about $17 million and get them closer to being cap-compliant. They need to figure out what to do with Derek Barnett‘s $10 million base salary. Jason Peters, Jalen Mills, Nate Sudfeld, Vinny Curry, Hassan Ridgeway, Cre’Von LeBlanc and Nickell Robey-Coleman are all scheduled to be free agents.

Dan Orlovsky explains why Doug Pederson’s decision to put Nate Sudfeld in against Washington was bad for Philadelphia’s fans and for the NFL.

What will happen to coach Doug Pederson’s staff?

Expect a revamping on the offensive side of the ball. The thrown-together group of Press Taylor, Rich Scangarello, Andrew Breiner and Marty Mornhinweg predictably failed to yield a coherent product. Wentz regressed to the point where he was barely recognizable and the offense had no identity. The Eagles will hire an offensive coordinator after going without one this season. Pederson needs to find a trusted aide-de-camp like the one he had in Reich.

Philadelphia is also in the market for a defensive coordinator with Jim Schwartz deciding to take a year off. Matt Burke and Marquand Manuel are potential in-house candidates. There are plenty of notable names on the market including Gus Bradley, Dan Quinn and Wade Phillips.

Anything else we should know?

The Eagles have secured the No. 6 pick in the NFL draft after a controversial move to pull Hurts in the season finale against Washington, putting them in the center of the action this April. They wouldn’t flirt with selecting a quarterback to compete with Hurts … would they? Or, how about finally solving their wide receiver issues by drafting Alabama’s DeVonta Smith or LSU’s Ja’Marr Chase?

And while Roseman is safe, there is bound to be some moves in the front office. John Dorsey has been serving as a consultant and could take on a full-time role.

So yeah, it’s going to be a pretty wild offseason in Philly. Buckle up.