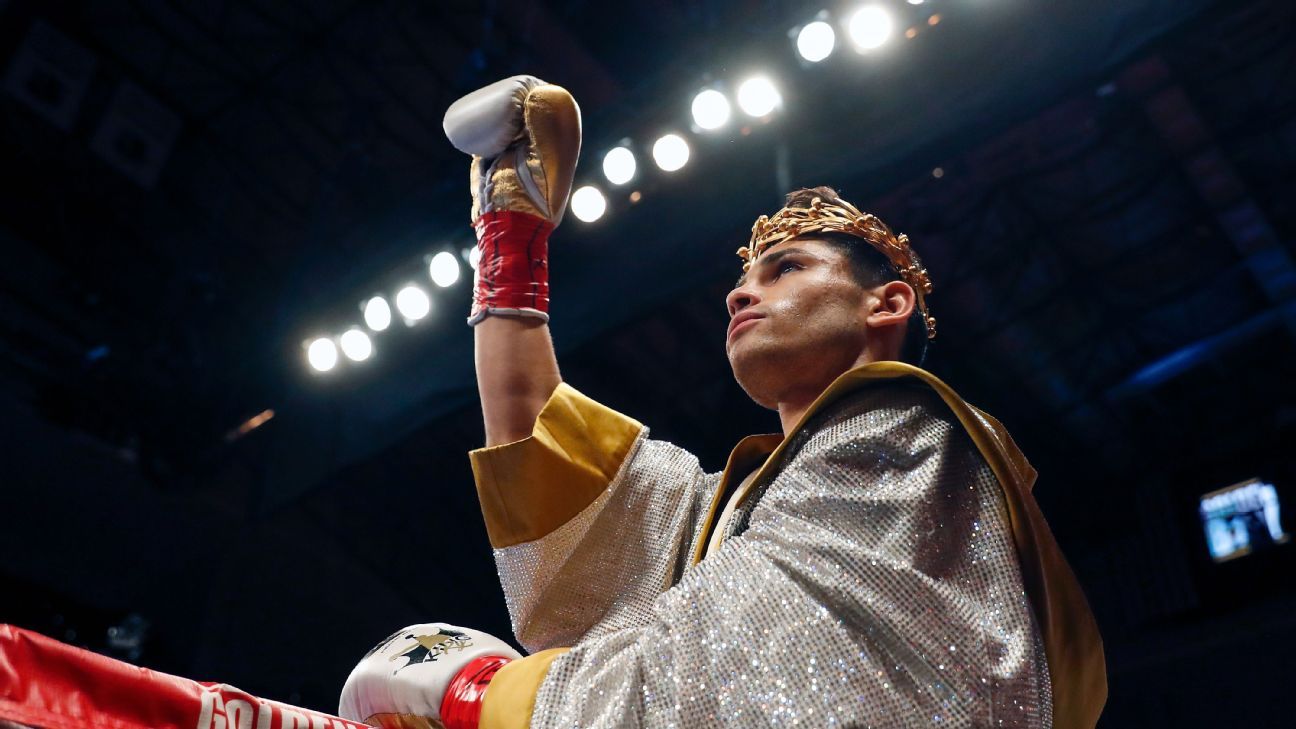 The WBA has ordered a unification fight between lightweight titleholder Devin Haney and interim belt holder Ryan Garcia, but Garcia wants to face Gervonta Davis next. Can that fight happen? Will the division champion, Teofimo Lopez, instead face Haney to really unify all four belts?

In his win over Luke Campbell, Garcia showed that he belongs with the best fighters in the division, but can he be a pound-for-pound top fighter by the end of 2021?

And when will we see Tyson Fury back in the ring? Will he face Anthony Joshua to unify all the heavyweight belts before engaging in a third fight with Deontay Wilder?

ESPN’s boxing experts share their thoughts on these topics and more.

Real or not: Ryan Garcia’s next fight will be against Gervonta Davis

Cameron Wolfe: Not real. I’d love to see Garcia-Davis and I believe we will sooner than later, but I believe it’s too optimistic to believe it will be next.

The two have been hyping that fight up to the next level over the past week, with Garcia saying after his victory over Luke Campbell that he wants Davis next and later telling TMZ Sports that if “Tank” Davis doesn’t take the fight next his legacy will be tainted. Davis responded on social media saying that the “fight already been made now shut up and get ready.” Despite the fun war of words, the fight hasn’t been made yet and the business of boxing often slows up these mega fights.

Garcia is the mandatory challenger for WBC lightweight titleholder Devin Haney. It seems more likely that bout would be next for Garcia, especially given arenas haven’t been able to host fans even at half capacity yet due to the COVID-19 pandemic. For Davis, he can continue to build his resume by facing a legitimate lightweight contender like Jorge Linares or Javier Fortuna.

But once fans fully return to arenas — possibly in the second half of 2021 — I definitely see a Garcia-Davis megafight happening. Both fighters want the smoke, and each has the appeal to make the money they deserve. So let’s predict Garcia-Davis happening in 2021, just not next.

Ben Baby: Not real. Even if Ryan Garcia has a great 2021, it probably won’t be enough to crack the top five of the pound-for-pound list. The 22-year-old didn’t crack ESPN’s divisional rankings until he beat Luke Campbell, which was easily his toughest test to date. And while there are several good and promising lightweights, the division still isn’t at the point where a couple of big wins are enough to cement a spot among the sport’s elite.

And that’s not a knock on Garcia or any other lightweights. Some of the top names like Canelo Alvarez, Terence Crawford and Errol Spence Jr. have been fighting at an elite level for years. Garcia and many of these other young fighters, such as Teofimo Lopez and Gervonta “Tank” Davis, are just now getting to that point in their respective careers.

Garcia has the potential to be an American superstar, one day eventually eclipsing Alvarez as the sport’s top earner. That’s not far fetched. If he continues to prove he has the skills to match his star power, he’ll be near the top of everyone’s pound-for-pound lists potentially as early as 2022.

Real or not: Teofimo Lopez will fight Devin Haney next

Michael Rothstein: Not real, at least in the immediate future, but get back to me later in the year. There are a bunch of logistics involved which could make this fight a bit trickier — including the reality that in 2021, when there are questions about maybe, hopefully, full-ish stadiums at some point, this fight could absolutely sell. That Lopez has an IBF mandatory against George Kambosos Jr. — a fight he should take and a fight he should win — further complicates matters. To me, Lopez, who is coming off foot surgery, should take the Kambosos Jr. fight first and then have a bigger bout against Haney — or maybe Ryan Garcia — later this year.

Real or not: Tyson Fury will fight Anthony Joshua before facing Deontay Wilder

Nick Parkinson: Not real — but I could give you a different answer by the end of the week! Before the festive period, Fury’s team had no update on the outcome of an arbitration hearing brought by Wilder, who insists he is contractually due a third fight with Fury. But the American’s manager/adviser Shelly Finkel recently was said to be still trying to make Fury-Wilder III happen next.

Fury, who stopped Wilder almost a year ago to win the WBC belt, and his team believe the rematch clause with Wilder expired and want to pursue a clash with English rival Joshua, the WBA, IBF and WBO champion, next. Promoters of Joshua and Fury have said they are willing to drop the titles in order to make Joshua-Fury, but if Wilder succeeds in his legal case, and the arbitration hearing says he is contractually due a third fight with Fury, then it happens next.

With the United Kingdom currently in lockdown again due to the coronavirus pandemic, a venue in another country is likely for Fury-Wilder III or Fury-Joshua as full-capacity crowds at sports events are unlikely to return in the UK before the summer. And this is important — is Fury prepared to wait longer and fight Joshua in front of fans in the UK, or fight Wilder first behind closed doors? Fury last boxed a year ago and may think again if a fight against Wilder can be made sooner than a clash with Joshua. Or, promoters take Fury-Joshua to the Middle East if Wilder fails in his legal bid.

The Fury and Joshua teams are in talks about overcoming these hurdles and Fury’s next move — Wilder or Joshua — is still very much in the air.