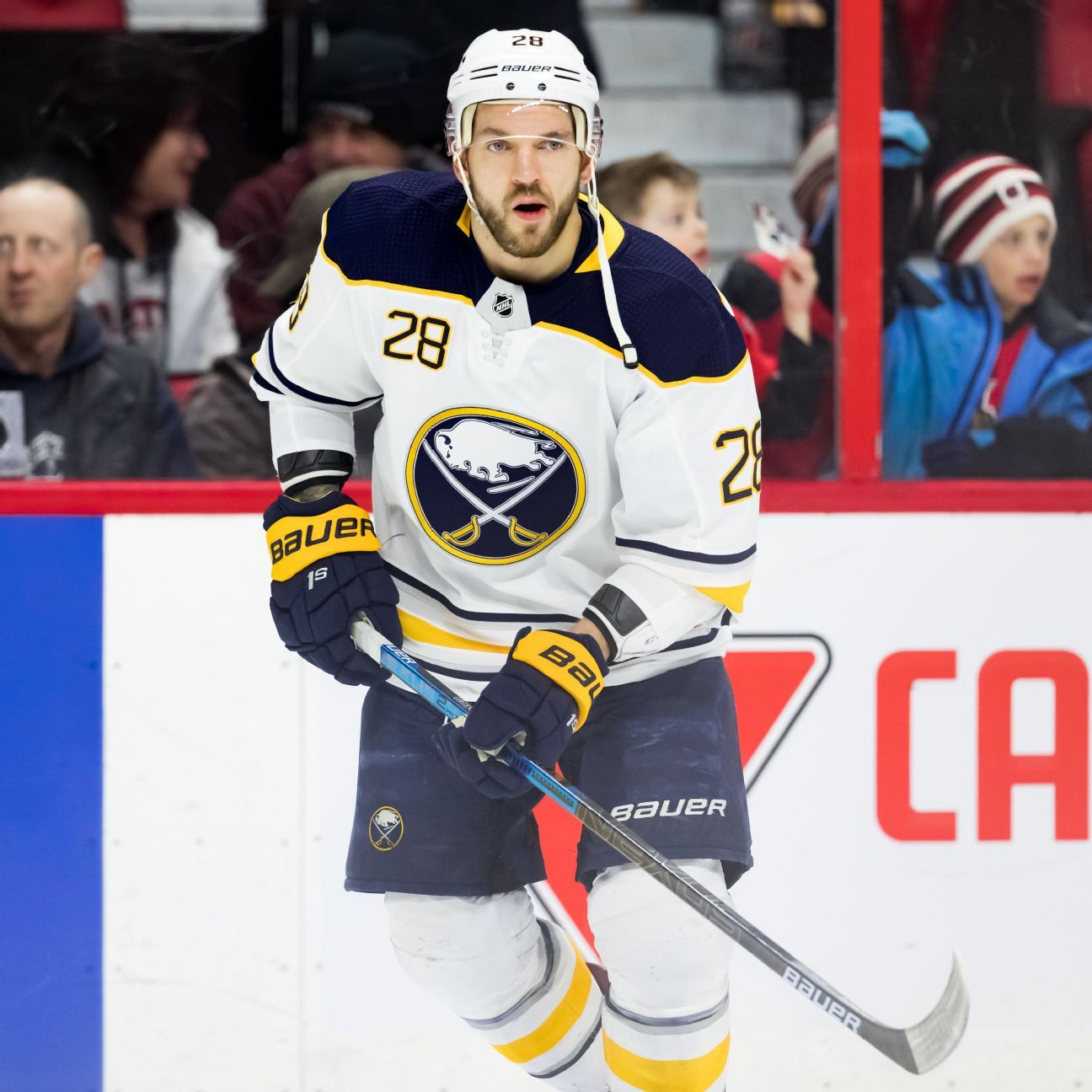 Buffalo Sabres center Zemgus Girgensons is expected to miss the regular season after undergoing surgery for a hamstring injury, the team announced Wednesday.

Girgensons suffered the injury during a scrimmage Monday. The Sabres said he is expected to miss about six months, which would keep him out well into the postseason.

The 26-year-old signed a three-year, $6.6 million contract with the Sabres in October. He posted 12 goals and seven assists in 69 games for the Sabres last season, his seventh in Buffalo after being chosen by the team in the first round in 2012.

Girgensons has yet to make a playoff appearance, as Buffalo’s postseason drought reached nine years in 2019-20. Overall, Girgensons has 61 goals and 138 points in 489 career games with the Sabres.

Buffalo, which opens the season by hosting the Washington Capitals on Jan. 14, did receive some good news Wednesday with captain Jack Eichel making his training camp debut after missing the first four days with a lower body injury. Goalie Linus Ullmark also practiced for the first time after completing his self-quarantine requirements.

The Sabres also added prospects Dylan Cozens and Jack Quinn to their training camp roster a day after the two represented Canada at the world junior championship tournament in Edmonton, Alberta. Canada won the silver medal with a 2-0 loss to the United States on Tuesday.

It is unclear when the two will join the team.

Cozens, Buffalo’s first-round pick in the 2019 draft, scored a tournament-leading eight goals and finished second with 16 points in seven games. The 19-year-old center will be given an opportunity to compete for a spot with the Sabres while still being eligible to return to his Canadian junior team in Lethbridge, Alberta.

Quinn, selected with the No. 8 pick in October, had a goal and four assists in seven games at the world juniors. The 19-year-old right wing is still eligible to return to his Canadian junior team in Ottawa.

The Associated Press contributed to this report.