Jake Wightman bounced back to form after his defeat at the Commonwealth Games by taking the 1000m at the Diamond League in Monaco on Wednesday (Aug 10).

The world 1500m champion destroyed many of the world’s top 800m runners over the neutral distance of one kilometre as he improved his Scottish record from 2:16.27 to 2:13.88 to go No.3 on the UK all-time rankings and No.9 on the world all-time lists.

Seb Coe’s long-standing UK record of 2:12.18 remains an elusive target and Steve Cram is No.2 all-time with 2:12.88 but Wightman has now overtaken Steve Ovett and James McIlroy on the rankings.

In Monaco the pacemaker Erik Sowinski led through 400m in 51.02 and Marco Arop was in pole position through 800m in 1:45.46, but Wightman, who spent much of the race running alone in no man’s land a few metres ahead of the main pack, finished strongly to pass Arop in the final metres as Clayton Murphy was third, Commonwealth 800m champion Wycliffe Kinyamal fourth and the Olympic and world 800m champion Emmanuel Korir 12th.

“I did not really know I was in shape to do this today. It was just very, very hard as I had run on my own,” said Wightman. “I knew Arop is a little bit quicker on the home straight so I had to judge the right moment. I had to stay strong to be able to catch him.”

Wightman steps down to the 800m at the European Championships next week and said: “This is a really nice step towards Munich. The main difference between the 1500m and 1000m is just the speed of the first couple of laps. You go from running 55s to 52.”

Pratt set a British record twice at the World Championships last month as she ran 9:18.91 in her heat and 9:15.64 to place seventh in the final. But Bird ran 9:17.79 to take silver at the Commonwealth Games and here in Monaco swiped a further 10 seconds off her best as she pipped former world champion Emma Coburn at the finish to place third behind Ethiopia duo Workua Getachew and Zerfe Wondemagegn.

Bird, 27, was encouraged to try the steeplechase while studying at Princeton in the United States. She was a reluctant steeplechaser at first and suffered injuries from 2016-18 but set a UK record of 9:19.68 when placing ninth in the Olympics last year and the Shaftesbury Barnet athlete is now closing in on the nine-minute barrier while combining athletics with a career in immigration law based in Colorado. 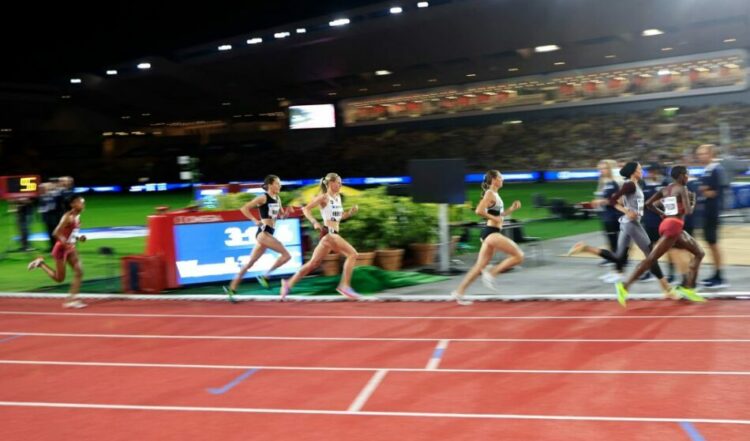 Like Wightman she will go to Munich with high hopes too as this run placed her fourth on the European all-time rankings and No.1 in Europe this year.

The Monaco track is known for its speedy middle-distance performances and in the women’s 1500m Faith Kipyegon came within three tenths of a second of breaking Genzebe Dibaba’s world record with 3:50.37.

Allie Wilson led through 400m in 59.89 and 800m in 2:01.64 before Adelle Tracey took over to keep the pace as hard as possible. Kipyegon hit the front with 600m to go and despite hammering the final lap she fell agonisingly short of the mark but still went No.2 on the all-time rankings. 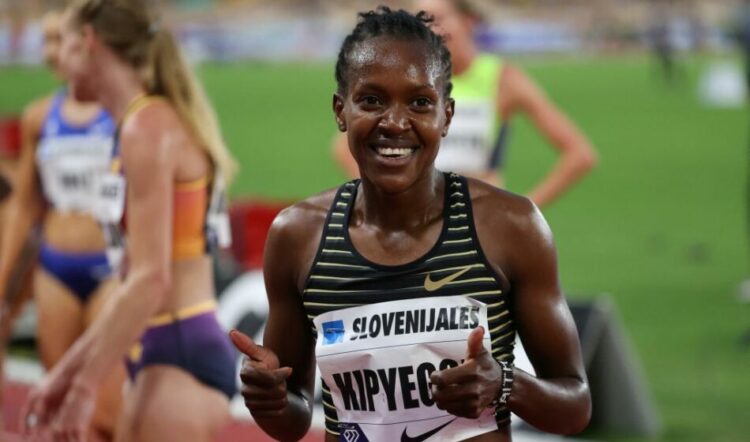 Behind, Americans Heather Maclean (3:58.89) and Elise Cranny (3:59.06) were second and third with sub-four performances.

“I have been chasing the time for quite some time but I am happy with the personal best,” the Olympic and world champion said. “I knew this was the best place to get the world record but I am so disappointed I lost it in the last metres. I hope for the best next time. We will see when.

“I was definitely ready for it today. I am heading home now and want to get a good Diamond League final in Zurich.”

Fraser-Pryce and Lyles on fire

Shelly-Ann Fraser-Pryce set a world lead of 10.62 (0.4) in the women’s 100m with another superlative sprint performance as fellow Jamaican Shericka Jackson, the world 200m champion, was runner-up in a PB of 10.71.

Marie-Josee Ta Lou of the Ivory Coast ran an African record of 10.72 as Britain’s Daryll Neita was sixth in 10.91. 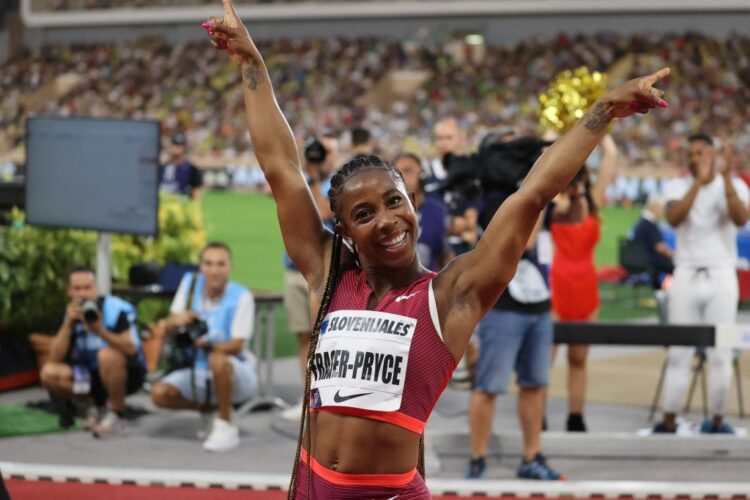 “I cannot be disappointed with the season,” said Fraser-Pryce. “To be able to run 10.6 consistently means a lot to me. It is remarkable. It is very hard to keep the speed on this high level.

“It is important for me to deliver fast times, because I’m looking forward for myself to have a great season. I´m on my late 30s and I think I feel like I have more to give.” 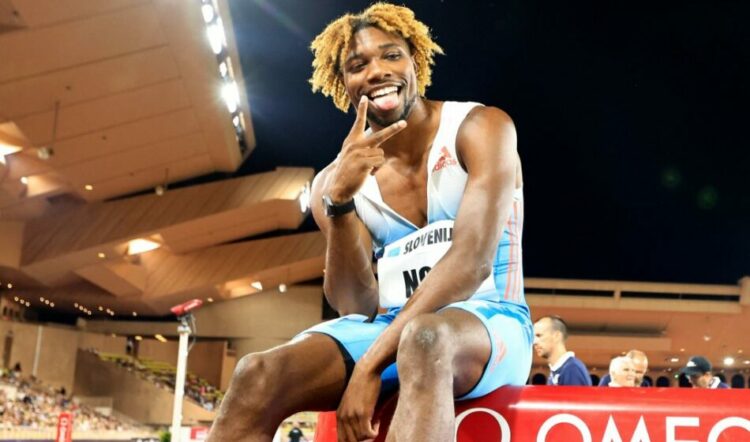 There was also a fast men’s 3000m as Thierry Ndikumwenayo of Burundi clocked 7:25.93 – a time that only six men have ever beaten.

The event was billed as an ambitious attempt at Daniel Komen’s long-standing world record of 7:20.67 and on the final lap Berihu Aregawi, the 2021 Diamond League winner, was away and clear.

Ndikumwenayo, who missed the World Championships due to injury, was chasing hard, though, and passed the Ethiopian in the home straight as Aregawi held on for second and the fast-finishing Grant Fisher broke Bernard Lagat’s US record with 7:28.48 in third. 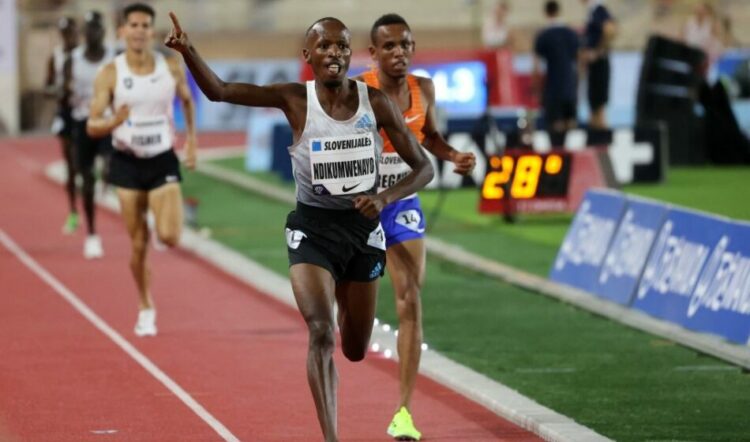 In the field, Yulimar Rojas looked a little vulnerable for once as she jumped 15.01m to beat Commonwealth champion Shanieka Ricketts’ 14.91m.