Feeling right at home on a big stage

I had long wondered how one ends up in a Diamond League. Until a couple of years ago your guess was as good as mine as I watched with awe the seemingly untouchable superstars of the sport fly to finish lines in record times with effortless ease.

Then, when I took considerable chunks from all of my bests in 2021, people began to ask me why I hadn’t yet competed in one myself. As the season drew to a close and Eilish McColgan admitted that she had been surprised not to see me capitalise on my fitness at the post-trials Diamond Leagues… it dawned on me that there was no longer any reason why those elusive heights shouldn’t belong to me, too.

Unfortunately my first offer came through in May of last year, the day after I had arrived in Albuquerque post-5000m PB in California. I had a week of training scheduled there before making the long flight back to the UK in readiness for the British Championships and Olympic Trials. Somebody had made a late withdrawal from the 1500m in Gateshead and I would have to drop everything and drive straight to the airport if I was even to make it in time as their replacement.

My coach cut through my temptation swiftly with rational focus; there would be time for Diamond Leagues later after I had qualified for the Olympics, and I wouldn’t be participating as somebody’s understudy. We turned it down.

Fast forward 12 months and I didn’t make the Olympics, but I did make the mental jump required to email the Diamond League director myself and convince them to invite me to Birmingham for the event in May. I knew it was a long shot, but when the acceptance came back I felt almost as much satisfaction in what I had achieved as in winning a race itself. I sprang out of my seat, punching the air and whooping.

The meet would be staged at the Alexander stadium, a venue in which I had made many a leap forward throughout my career. I remember similar feelings of elation the very first time that I qualified to compete in the 1500m at the British Championships held there in 2015 and when I ran a personal best over 5000m there in 2017.

And yet when I walked back into that stadium, for the first time clothed in sponsored kit rather than the same tired tracksuit I’d been hanging on to since high school, it was almost unrecognisable.

Since professional athletes last spiked up on this track, many had been relegated to time-trialling around their local industrial estates or building their own training facilities in garages and gardens. World-class British long jumper Jazmin Sawyers had to squat her 65kg clean and jerks on a street corner amongst the debris of some abandoned roadworks during the first and worst Covid lockdown.

Two years on, and glistening in all its pristine glory, the newly refurbished post-pandemic arena drew gleeful murmurs from all who descended on to it during Friday night’s pre-meet tune-ups. I watched as the likes of Dina Asher-Smith and Adam Gemili spent time soaking it in and striding out along the faultless cobalt surface.

This stadium, arguably now the best to be found in Great Britain, will surely play host to countless home championships to come and it was clear that everybody intending to compete at the Commonwealth Games in August were here not only to race right now, but to take advantage of getting a prior taste of this track.

The emotions only intensified come competition day when, to initiate proceedings, Tokyo Olympic gold medalist Gianmarco Tamberi called on the crowd to roar louder in appreciation of his fellow high jumper Robbie Grabarz. It was the moment in which the now retired Grabarz would don his kit once more to receive his upgrade to Olympic silver 10 years late, following the disqualification of Russia’s Ivan Ukhov due to doping offences. Applause reverberated throughout the newly extended stands, as fans thronged once more… it would be a day to remember. 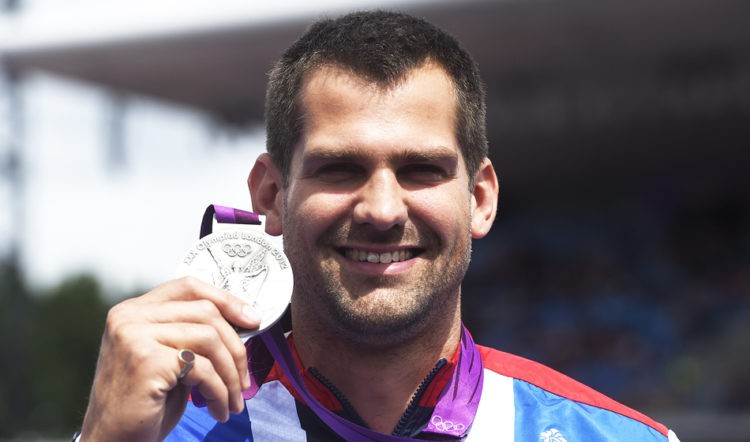 At the hotel buffet I was introduced to Dathan Ritzenhein, coach of the US-based OAC team and therefore newfound team-mate. Somewhat shyly, I told him this was to be my first Diamond League experience and he replied simply that it was just the same as any other race. In many ways he was absolutely right.

I realised as I made my preparations that it was only the prestige that differed. Sure, I was getting a little more spoiled than usual, but the fundamentals remained the same. While there were fans with carefully-pasted scrapbooks lingering eagle-eyed for autographs outside the hotel foyer, and the dazzlingly white railings that hugged the curves of the warm-up track against lush grassy banks were reminiscent of a day at Ascot, there were no hats and heels to be seen in the stands despite the running royalty to be spotted at every turn of the head.

The start list for my 5000m was nothing short of the kind of eye-watering quality that you would expect of a Diamond League. Fully aware that I was pitting myself against women capable of setting a blistering pace from the gun and running well beneath the 15-minute barrier (the race was won by Dawit Seyaum in 14:47.55), I knew that, even at my best, I would need to race astutely and keep a cool head regardless of what went on around me. 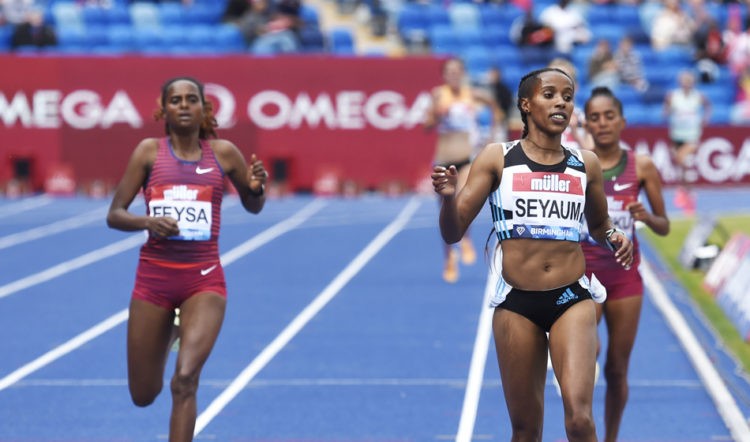 Unfortunately for me, I also knew that I wasn’t exactly coming into the race at the height of my capabilities despite the promising glimmers of post-injury fitness that had encouraged me to enter in the first place.

I still took pride in pasting that diamond-shaped hip number on to my leg for the first time, however, and I breathed it all in deeply as we filed out on to the track in front of full stands once more. Even as the pace gathered and I lost touch with the race, I felt the energy of the crowd continue to propel me forward, keeping my head in the game.

I ended up completely isolated from my competitors and slogging away entirely independently, but I never felt alone out there. At this track, such a vital stepping stone in every stage of my career, I was starting at the bottom again.

I was a small fish having taken a leap into a much bigger pond, and despite not quite being ready for the strength of the current in the year’s race for championship selections, I felt at home.

» This article first appeared in the July issue of AW magazine, which you can buy here

2022 Munich Diary: How to follow the European Athletics Championships!