Kiplimo, Obiri, Weir and Rainbow-Cooper take the elite titles as half marathon showpiece provides a fitting tribute to Her Majesty The Queen

It began under overcast skies, with a sombre mood and an impeccably observed minute’s silence, but the sun was starting to shine and the watching crowds were in full voice by the time the elite winners hit the finish line on what was a hugely memorable edition of the Great North Run.

At times earlier this week, it had looked this world famous half marathon might not place at all, but surely there could have been fewer better ways of paying to pay tribute to The Queen than the scenes which played out on the route from Newcastle to South Shields on Sunday (September 11).

The atmosphere was hugely respectful but, appropriately, it morphed into one of celebration as the power of sport was demonstrated once again.

After the covid-enforced changes for the 40th anniversary edition last year, the event returned to its traditional course and the thousands who lined the streets were treated to an array of racing talent on show.

In the elite contests there were thrilling, tight finishes as Hellen Obiri, David Weir and Eden Rainbow-Cooper all enjoyed narrow wins, while there was also an impressively dominant showing from Jacob Kiplimo.

That top three had been closely matched, coming through 10km together in 28:54 and then mile 8 in 36:46, with Bekele falling four seconds off the pace at that stage. It was at mile 10, however, when Kiplimo made his decisive move as he threw in a 4:25 mile to open a 15-second gap on Barega which simply grew and grew. The victor had time to savour the moment, grinning broadly and waving as he crossed the line.

While Kiplimo, who won 5000m and 10,000m Commonwealth gold in Birmingham, was enjoying Great North Run success for the first time, Obiri was sampling that winning feeling for the second year running after successfully defending her title.

Hers was a much closer affair, however, following a four-way battle for victory. As expected, it was Obiri, Olympic marathon champion Peres Jepchirchir, Almaz Ayana and Hiwot Gebrekidan to the fore right from the off, but by 10km – reached in 31:41 – the latter Ethiopian had been cut nine seconds adrift and seemed to be out of contention.

At one point Gebrekidan was 18 seconds behind but, with none of the leading three wanting to make a move, she chipped away at the gap and closed up completely with three miles to go.

Ultimately, it all came down to the closing metres by the seaside, with Obiri riding the wave of support to win in 67:05, while Jepchirchir was two seconds behind, 2016 Olympic 5000m and 10,000m champion Ayana third with 67:10 and Grebrekidan clocking 67:22.

Great Britain’s Charlotte Purdue, third last year, ran virtually all of the race by herself as she prepares for next month’s London Marathon, clocking 70:11 for fifth. She was followed in sixth by compatriot Amy Eloise Markovc, who ran 71:12 for sixth on her half marathon debut. 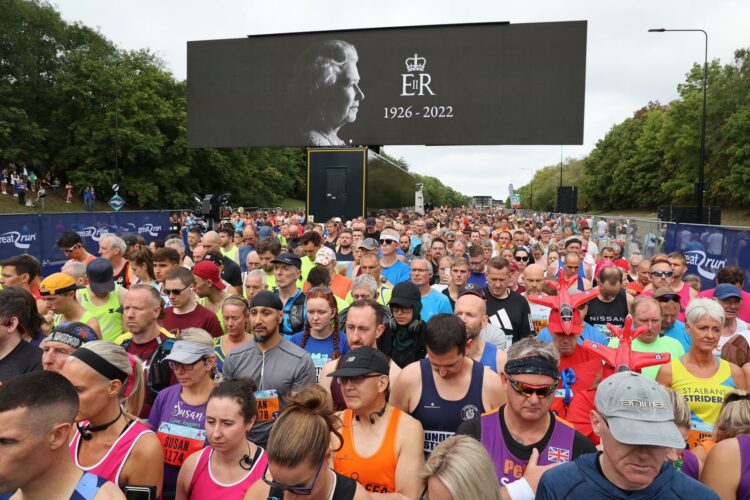 The women’s elite wheelchair race saw one of the tightest finishes ever seen at the Great North Run, with Big Half winner Eden Rainbow-Cooper just edging out Sammi Kinghorn as both were timed at 51:27.

Former winner Shelly Woods was third in 54:50 while seven-time Paralympic champion Hannah Cockroft clocked 56:36 for fifth as she competed over 13.1 miles for the first time.

Like Rainbow-Cooper, David Weir also followed up his Big Half win with victory here and, as in London, he edged Daniel Sidbury by two seconds. It was Weir’s eighth Great North Run win as he clocked 42:59 ahead of Sidbury’s 43:01, with Nathan Maguire coming third in 46:40.

3 Proven Benefits And How To Perform The Zercher Squat

3 Proven Benefits And How To Perform The Zercher Squat

Thiago Alcantara: Liverpool midfielder ruled out for a number of weeks with hamstring injury | Football News