Laura Muir and Jake Wightman put the cherry on one very big cake as the British pair finished off their 2022 seasons with famous wins at the 41st edition of the New Balance 5th Avenue Mile in the Big Apple.

After an unprecedented busy summer – including the World Championships, Commonwealth Games and European Championships – both Muir and Wightman still found the energy and the performance levels to triumph in the streets of New York.

Both faced stiff competition and while not all of the world’s middle distance stars were there – Faith Kipyegon, Jakob Ingebrigtsen and Olli Hoare to name a few – the fields were packed with Olympic and world medallists.

Muir had only raced the 5th Avenue Mile before – back in 2016 when she finished runner-up to eight-time champion Jenny Simpson – but you wouldn’t have known it.

An incredible victory for @lauramuiruns in New York as she runs the fastest ever time (4:14.8) by a female in the history of the 41-year-old event 🔥🗽

Lining up against the likes of Ciara Mageean, Nikki Hiltz and Cory McGee looked tricky on paper but the Brit took the field apart with the greatest performance by a female athlete in the history of the event.

Her kick in the second half of the race was way too good for the rest of the pack and she crossed the line in a course record time of 4:14.8, demolishing Simpson’s mark of 4:16.1 from 2018. To put the time into context, if it was replicated on the track it would place Muir fourth on the all-time list.

“This was the last race of my season and it was hard, but I kept thinking to myself it was just 200m and then 100 metres to go to get to the line,” Muir said. “I did all I could to leave it all out there.”

American Hiltz finished a long way back in second with 4:17.4 and was followed by fellow US runner Eleanor Fulton – who is unsponsored – in third, clocking 4:18.0.

Reigning champion Jemma Reekie finished fourth with 4:18.3. Such was the standard of the event, all of their times were in the top 10 in the history of the 5th Avenue Mile.

Only Spaniard Isaac Viciosa (4) and New Zealander Nick Willis (5) have finished first on more occasions in the event.

You wouldn’t put it past Wightman, who has such an affinity with the 5th Avenue Mile, to go past the both of them.

Even though he had fellow Brits Jake Hayward and Josh Kerr for company, plus a strong American contingent, there wasn’t any doubt that when it came to the final kick in the closing stages, Wightman wouldn’t falter.

His time of 3:49.6 was just a tenth off his mark last year and the tenth quickest in the event’s history. Remarkably, South Africa’s Sydney Maree’s course record of 3:47.52 still stands. It was set in the inaugural edition in 1981.

Heyward and American Sam Prakel were second and third with 3:49.6 and 3:50.4 respectively.

“I couldn’t have asked for it to go any better, to finish my season here at my favourite meet of the year,” Wightman said. “The chance for me to be able to celebrate the end of my season here in New York is fantastic.” 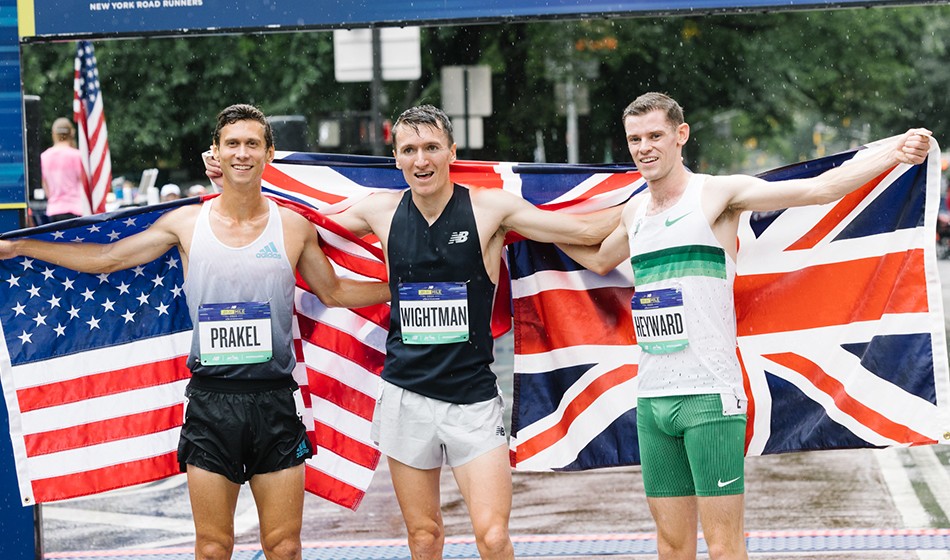 The victories mark a truly historic season for both Muir and Wightman and they’ll have to go some way in their careers to match their achievements in 2022.

The two can now rest up and their holiday destinations will be slightly different. Muir is going to Iceland while Wightman treks off to Mykonos.

They think it’s all over, it is now.

What Is Phosphatidic Acid