Home is where the heart is for Birchfield Harriers

While the Commonwealth Games have been lauded as a big success, they have brought major – and ongoing – challenges to the host athletics club

The celebratory mood of the city has masked the ongoing challenge faced by one of Birmingham’s biggest sports clubs. Alexander Stadium, the wonderful centrepiece of a memorable Commonwealth Games, has been home to Birchfield Harriers since 1978, but as it’s much-anticipated redevelopment commenced ahead of the Games, the club was forced to relocate to Wyndley in Sutton Coldfield, home of Royal Sutton Coldfield AC.

“The biggest issue we have right now is just getting back home and recreating the community we’ve had for 130 years,” says Andy Paul, Birchfield Harriers’ coach and former club chair.

The club – like most others – first had to navigate its way through the coronavirus lockdown. That in itself resulted in significant financial loss. Coupled with displacement from its traditional base, it has been a doubly difficult time.

“Relocating to Wyndley was the only option we had, but it’s not ideal,” says Paul. “It’s fine, it’s a track, it’s functional, but with no clubroom there’s no meeting place to retain the spirit of the club. We’ve also had to train on a Monday and Wednesday rather than a Tuesday and Thursday, which doesn’t suit everybody. I think overall there was a lack of understanding about how we needed to operate in order to thrive during this period.”

Adding insult to injury, many of Birchfield’s coaches chose to take their groups elsewhere while the club’s respected Academy – an income generator in its own right – hasn’t been able to operate fully since the club was relocated. As well as the obvious financial impact, that has affected the recruitment of young athletes which in turn has had a knock-on effect on league results this season.

“We’ve probably lost close to £100,000 in income over the last two-and-a-half to three years,” says Paul. “As a small business, we got a Covid payment against Covid-related losses, so the £100k is actually over and above that.”

The club remains proactive in spite of its uncertain situation and is committed to building a future out of Birmingham 2022 with a focus on community outreach and development. It has already secured a new sponsor, Knight Frank, and has recently delivered a successful legacy day with around 100 young athletes from age 7-16 years old taking part across a variety of disciplines.

Yet, perhaps bizarrely, Birchfield has found itself working in isolation. With an exceptional opportunity to harness the enthusiasm generated by the Commonwealth Games, a lack of clarity around a regional or national legacy strategy and related projects has left the club perplexed.

Similarly, while the relationship with Birmingham City Council is generally strong, there’s an element of frustration regarding effective stakeholder engagement.

It’s been suggested, for example, that at least one other sport will join Birchfield at the redeveloped Alexander Stadium. Paul admits that has great potential, but the challenge – as it has been in recent years – is the related communication.

“What’s been discussed is the idea of making sure that the finances of the site stack up post-Games, and that could well include other sports being present on site,” he says.

“We have never stood in the way of other sports coming to the stadium. All we’ve ever wanted to do is to understand what that looks like, so we can work out whether it creates an issue, makes our lives harder, or stops us doing X, Y, or Z, but if it doesn’t, we welcome it with open arms. It’s got to work. If the stadium works, then we work. There’s every opportunity if the stadium develops in the way that it should and has to in order to survive, for Birchfield to benefit.

“I just don’t think the City (council) has worked with us in the most positive way. They’ve worked with a strict business hat on… but we would rather they said, ‘We’re going to do this, what do you think?’ or, ‘We’re going to do this, this is how we think it’ll affect you, does that make sense?’ We have a fair bit of expertise, and we know how our sport runs, so we want to help them map it out. Those are the conversations they’re not having right now, which is frustrating.” 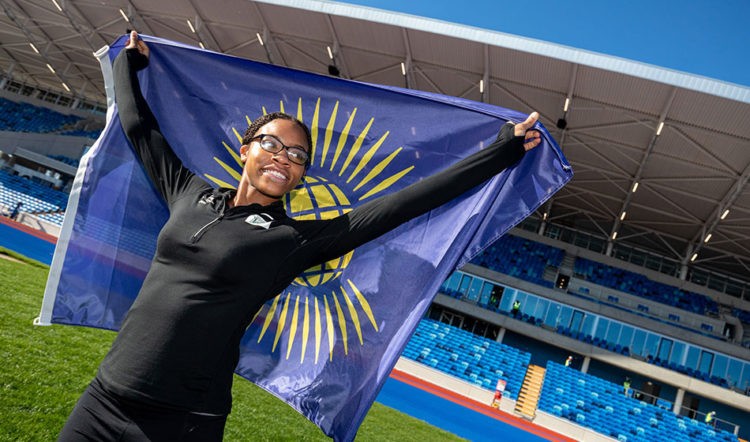 It has been a long three years for Birchfield Harriers. While work continues to return Alexander Stadium to its new permanent configuration, club leaders will explore the potential to access the site earlier than planned if the warm-up track is ready. It would be a start, a return to the neighbourhood at least.

For now, however, the club’s temporary base remains in Wyndley. Birchfield’s innovative ideas and grand plans are on hold, while its members, many of whom have linked with coaches working remotely, are dispersed across the city.

“We’re currently community-less,” says Paul. “I mean, there’s a good vibe, but it’s not home. It’s not a clubroom, it’s not a café, it’s not a space to sit and talk, it’s not history on the walls.

“We just want to be able to do what we’re very good at in the right environment. We want to go home.”

Should I Eat Less Calories On Rest Days

Should I Eat Less Calories On Rest Days