It is exactly a quarter of a century since the British Athletics Cross Challenge was born when, in the early winter of 1997, a new series of events took place in cities such as Bristol, Margate and Cardiff. Using the Belgian Cross Cup as inspiration, the idea originated in the pages of AW two years earlier and, after capturing the support of title sponsor Reebok, a prize pot of £45,000 was generated. Its goal, as AW’s Trevor Frecknall reported at the time, was “to encourage and reward ambitious cross-country athletes”.

Cardiff hosted its 1997 event in the grounds of Cardiff Castle with senior races won by Vikki McPherson of Scotland and Julius Kiptoo of Kenya as Keith Cullen finished top Brit in the men’s race. Now, 25 years later, Cardiff kicks off the 2022-23 British Athletics Cross Challenge on Saturday (Oct 15) with races staged at Llandaff Fields on the banks of the River Taff less than two miles from the city centre.

Reebok’s sponsorship has long since ended and the prize money across the series is not as much as it was at £25,860 for this coming winter. But the series is still going strong and the Cardiff event is now part of the World Athletics Cross Country Tour. In a part of the sport that is hardly renowned for its prize money, senior victories this weekend will earn the winners $2000 apiece too.

Those winners will be different to last year too as the athletes who finished first in 2021 – Charlotte Arter and Hugo Milner – are not set to race this weekend. The races will be dominated by British runners – and numbers will be boosted due to the event incorporating the John H Collins Gwent League – but the senior honours could go to international runners this time.

Gizealaw Abeje Ayana finished runner-up in the Cardiff Half-Marathon earlier this month in 60:17 and the Ethiopian is one of several strong east Africans in the line-up. 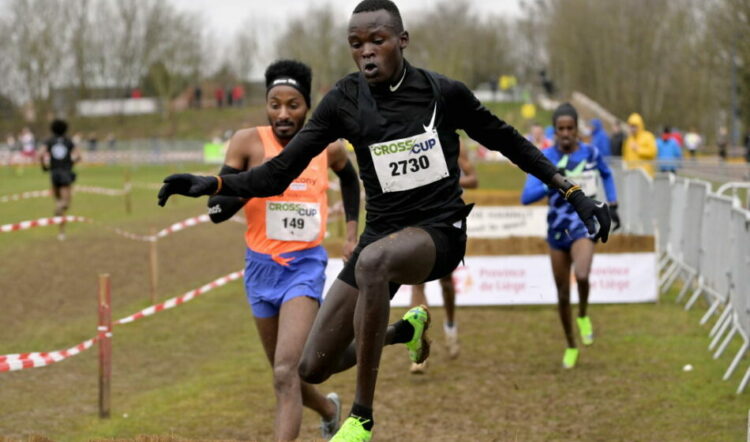 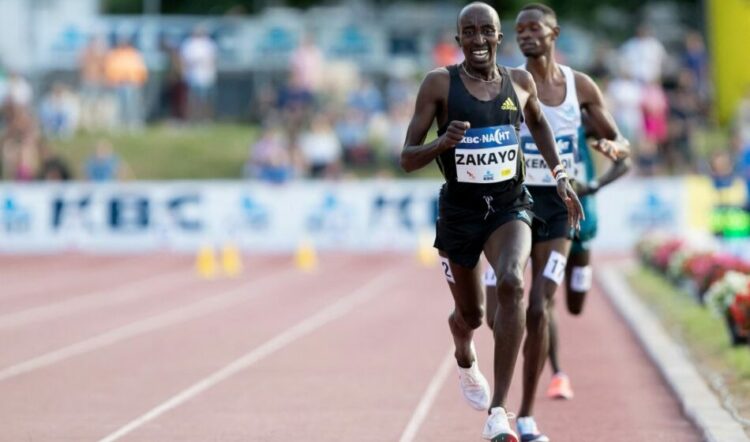 Added to this are Ismael Kipkirui, a Kenyan who was sixth in the African Champs 5000m this year, plus Joel Akeyo, a Ugandan whose past achievements include silver in the World Mountain Running Championships. Then there is Chakib Lachgar, a 33-year-old from Spain with a half-marathon best of 65:19. 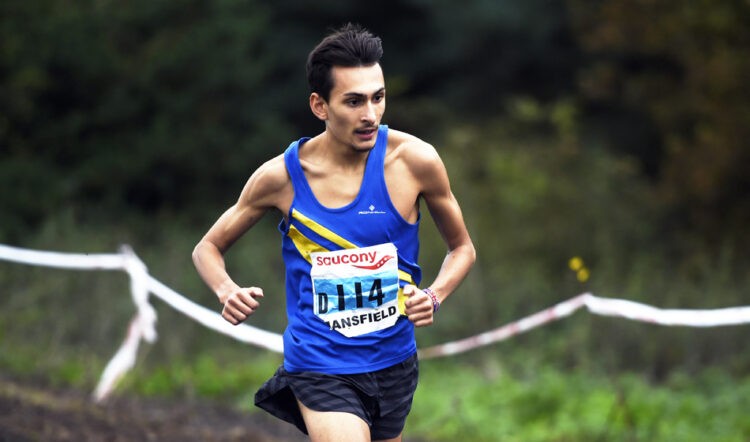 Emile Cairess is the pick of the Brits on the men’s entry list. He holds the UK 10km record on the roads with 27:43 and his track best is 27:34.08. Earlier this month he looked comfortable pacing the elite runners at the TCS London Marathon too.

Elsewhere brothers Zak and Mahamad Mahamad are in action. The former was fourth here last year whereas the latter is fresh from a 62:06 half-marathon PB in the Netherlands. 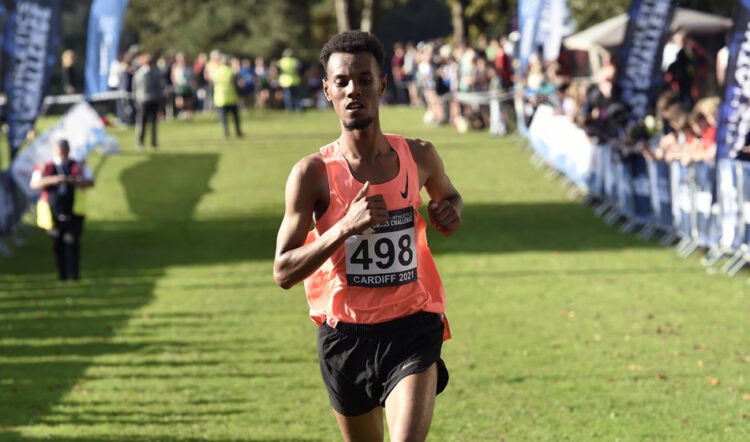 The women’s field includes Pamela Kosgei, a Kenyan who was fifth in the World Under-20 Championships 3000m steeplechase this year, plus Wubrist Aschal, a 17-year-old Ethiopian with a 4:03.86 1500m PB. There would have been more overseas athletes, too, if it weren’t for a few visa and travel problems. 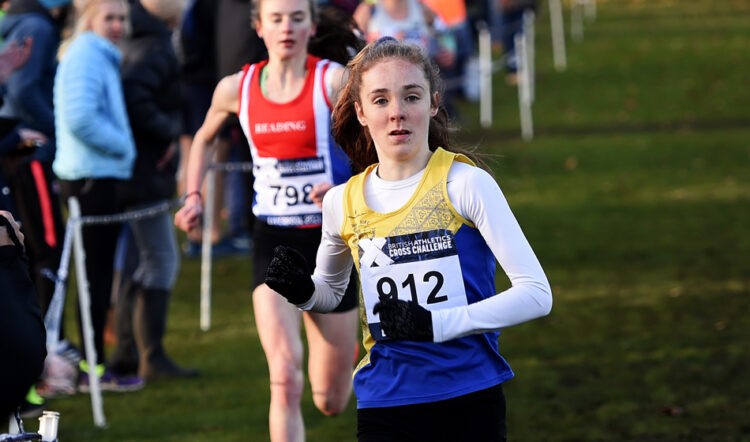 Jess Gibbon is the reigning English National cross-country champion and the Reading AC athlete will be looking to start her winter in style in Cardiff. Kate Avery, silver medallist in the past in the European Cross Country Champs, has transitioned into hill and trail running recently but she steps back into familiar terrain on Saturday.

Megan Keith won the under-20 race in Cardiff 12 months ago ahead of triumphing in the Euro Cross junior women’s race in Dublin and the 20-year-old steps into the senior race this weekend. 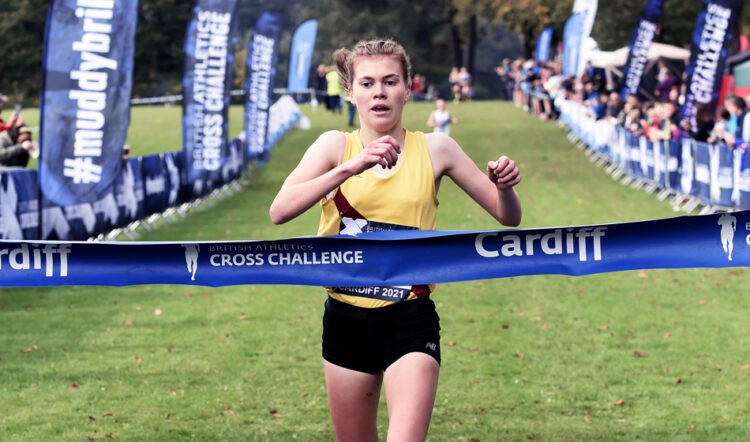 Plenty of local athletes will also be in action too such as Welsh international Jenny Nesbitt. Look out too for Cari Hughes, a Cardiff runner who now runs for the On Running team based in Germany. Another contender is Charlotte Dannatt, the surprise winner of the 2020 Inter-Counties cross-country title.

Seniors aside, there is a full range of age group races with the pick of the bunch potentially being a clash in the combined under-17 and under-20 women’s race between talents such as Jess Bailey, Innes Fitzgerald, Louisa Brown, Ellen Weir and Zoe Gilbody, among others.

Look out for race day updates via the AW social media channels and website. 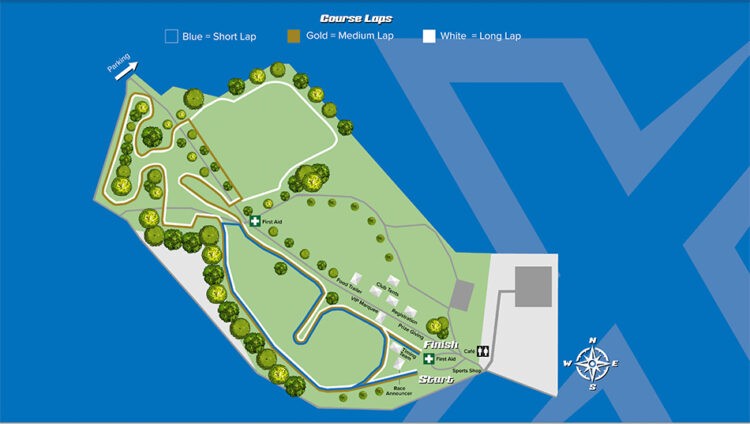 After Cardiff the Cross Challenge series moves on to Milton Keynes and Liverpool with Perth and Loughborough in the new year.