Ethiopia’s world record-breaking duo step into the unknown by tackling 26.2 miles in Amsterdam on Sunday

Genzebe Dibaba and Almaz Ayana have earned their reputation on the track as world record-breaking endurance runners but on Sunday the Ethiopian duo make their marathon debut in Amsterdam.

The furthest she has ever raced in 13.1 miles but she clocked a fast 65:18 when winning in Valencia in 2020. It was the fastest half-marathon debut by a woman in history at the time, but she has raced very sparingly since.

Speaking at the pre-event press conference at the city’s Vondelpark this week, Dibaba said: “I am going for a good time and a good position,” whereas Ayana looked similarly confident, saying simply: “I’m going to do well.”

The flat and fast course that winds around the Dutch city is known for producing fast times with the course records held by Tamirat Tola with 2:03:39 and Angela Tanui with 2:17:57 – both of which were set last year.

This year’s leading athletes in the men’s field are Cybrian Kotut and Lemi Berhanu. The former has won marathons in Hamburg, Paris and Florence and has a best of 2:04:47, whereas Berhanu run a best of 2:04:33 from Dubai in 2016 and he won the Boston Marathon in the same year. 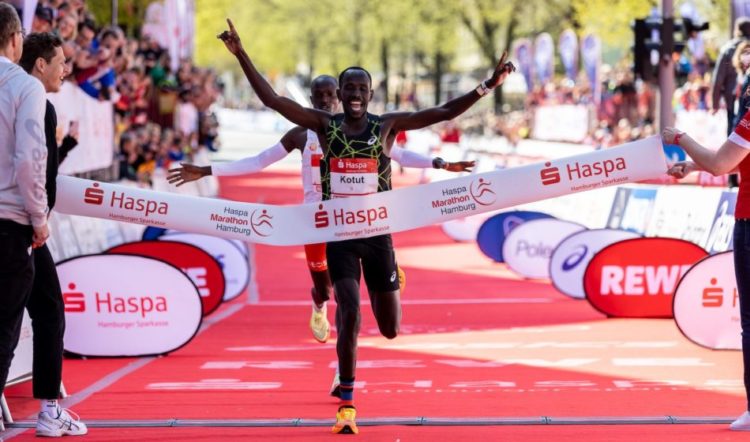 The race for the Dutch title will be competitive, meanwhile, between Khalid Choukoud and Richard Douma in the men’s race and Jacelyn Gruppen and Eva van Zoonen for the women’s title.

The event is streamed on the event website and for UK viewers is being shown on Eurosport and Discovery+ channels.