Sikh-Punjabi attacker Rai is one of the highest-profile British South Asians in women’s football, and has weighed in on the issue after Lionesses captain Leah Williamson told BBC Sport the England squad have probed FA chiefs about what they are doing to make the game more diverse and inclusive.

Speaking to Sky Sports News during ‘National Inclusion Week’, two of football’s leading female voices in the fight to create a more diverse and welcoming game, ex-England striker Lianne Sanderson and QPR’s Manisha Tailor MBE, expressed their concern about the situation, with Tailor stating: “I don’t think that the female pathway in the elite game is diverse. I don’t believe it is representative of the demographic of England.”

PFA figures released earlier this year revealed just 9.7 per cent of footballers at the elite level of the game are from diverse ethnic backgrounds, with the number of British South Asian professionals in the top division of women’s football standing at a paltry 0.3 per cent. 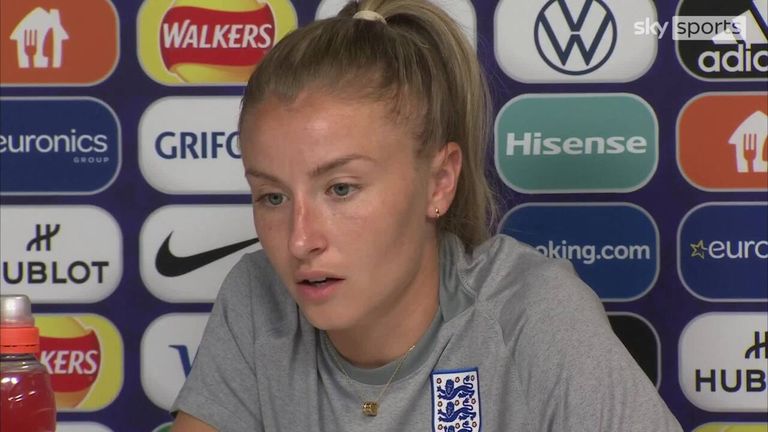 Speaking during the Women’s Euros, England captain Leah Williamson said she thought the FA was on the path to making diversity a priority issue in the girls’ and womens game

Speaking ahead of Derby’s clash with rivals Nottingham Forest at the City Ground, Rai added her voice to those demanding action to address widespread inequalities in the girls’ and women’s game facing people from diverse ethnic backgrounds.

“It has to change – and hopefully that time is soon,” Rai told Sky Sports News.

“I think slowly we are breaking it down bit-by-bit, but I think a lot more work needs to be put in at the elite level to make it a level playing field for everyone involved.

“Until you see a representation of all backgrounds within the elite level of sport and football, the authorities are going to have to do more to get to that stage – and even then you have to keep pushing.

“Of course, the authorities need to do more, everybody needs to do more to make it more diverse at every level of the game.”

FA director of women’s football Baroness Sue Campbell thinks meaningful change for diverse communities at the elite end of the women’s game could take years, admitting the current system of Talent ID and recruitment excludes a lot of people

The Football Association has been contacted for comment but was unable to provide any ethnicity data on diverse representation within girls’ and women’s elite pathways when contacted by Sky Sports News a little over a fortnight ago. 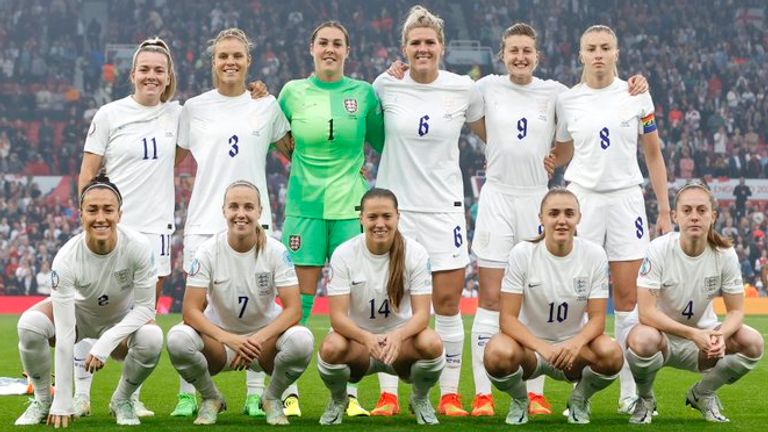 England and Arsenal footballer Jordan Nobbs believes the Lionesses are an inspiration to the nation.

The FA said its key aims are to provide greater access for more players while diversifying the talent pool, pointing to its Discover My Talent initiative and referring Sky Sports News to its Asian Inclusion Strategy update and wider Diversity and Inclusion strategy.

Rai: We need the data on South Asian girls in football 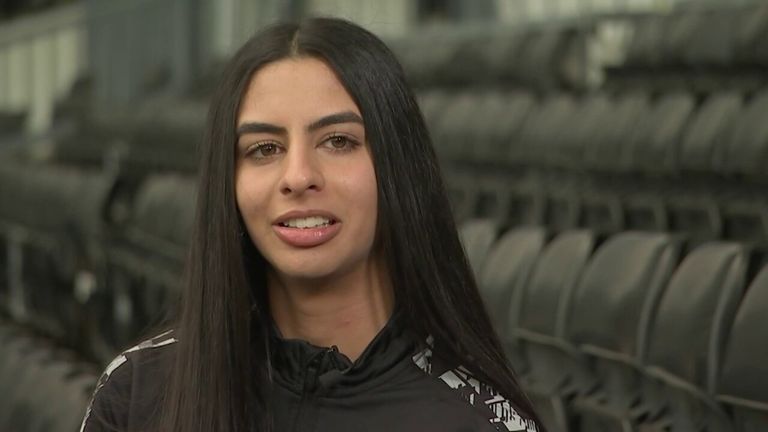 QPR’s Tailor, who is part of the FA Asian Female National Advisory Group, described trying to obtain data about South Asian Women in football from the national governing body as “very challenging”.

Rai has emphasised the importance of collecting and processing that data to ensure girls from South Asian backgrounds are no longer left behind in women’s football.

“Data is important, it is important to know how many South Asian girls are playing in the country,” added Rai.

“There seem to be more playing at grassroots level [but] then also how many have made the step up to the elite level, because only from there do we know where we go next and what kind of measures we put in place to increase that number. It’s important that we know.”

Rai returned to action from a knee injury with a bang last weekend, coming off the bench to tee up Amy Sims for the only goal of the game to lift Derby up to fifth in the FA Women’s National League Northern Premier table.

The 23-year-old played for Derby against Forest at the City Ground last season, which saw a third-tier record crowd of almost 4,500 attend the match.

This Sunday’s clash at the City Ground will see Rai play at a current Premier League stadium for the first time in her career in a game which also sees her reunited with friend and former team-mate Sophie Domingo.

“Hopefully, we can get a good crowd down,” Rai said.

“The numbers coming to our games have really improved this season off the back of the Lionesses’ victory at the Euros, so hopefully at the City Ground, we’ll get a big crowd.

“As a squad, we’re all really looking forward to it. It’s always a big occasion, and especially at the City Ground now that it is a Premier League stadium, it makes it even bigger.

“Hopefully we can come away with a win. They’re our local rivals at the end of the day, we want to beat them, they want to beat us, so it should be quite the game.

“One of my closest friends, Sophie Domingo, actually plays for Forest. She used to play for us and she made the move to Forest this season, so, hopefully we can get one over on her.

“I wasn’t too happy with her,” Rai added with a smile.

“But it’s football at the end of the day and we are still really good friends, so it will be nice to play against her on the pitch and see her again at football.”

How Sky is trying to make change

Earlier this year, Sky Sports announced a partnership with Sporting Equals to support the charity’s ambition of inspiring more opportunities for British South Asians in football

Sky Sports recognised and began taking steps to address the lack of diversity in the women’s game back in 2020 as part of its £30m commitment to tackle systemic racism and make a difference in communities across the UK.

Sky Sports has worked with dozens of current and former players from diverse ethnic backgrounds, and has tried to give them a platform to share their stories to try and capture the imagination to inspire the next generation of female footballers.

Talent has been identified and signposted directly to the Football Association and other international federations, and professional clubs as part of Sky Sports’ unprecedented commitment to British South Asians in Football, which has also seen us devote a section of our website to raising awareness about South Asians in The Game, and create a dedicated rolling blog.

A number of elite and elite-potential female players and their families have also been supported with mentoring and access to off-field developmental opportunities.