Pamela Kosgei is only 18 but the young Kenyan cruised to victory in the senior women’s race at the Cardiff Cross Challenge on Saturday (Oct 15). Clearly super talented, you don’t have to look far to find where she gets her running ability from. Her sister is none other than world marathon record-holder Brigid Kosgei.

Before Cardiff her only race outside Kenya had been at the World Under-20 Championships in Colombia a couple of months ago where she finished fifth in the steeplechase. Yet she looked at home on the damp turf of Llandaff Fields and even offered mid-race words of encouragement to rival runner Amelia Quirk, before breaking clear in the closing stages for an emphatic win.

“It was a bit scary to start with but I managed to win and enjoyed it,” said Kosgei, who added she only began running seriously last year.

On having a world record-breaking sister, the teenager smiled shyly: “I sometimes train with her but it’s quite hard to keep up!”

The Cardiff event is part of the relatively new World Athletics Cross Country Tour. But it is best-known for being the opening fixture of the British Athletics Cross Challenge series. Runner-up Quirk was therefore the first athlete home in the Cross Challenge section, a few seconds ahead of Jess Gibbon, who in turn was followed home by Elle Twentyman in fourth, Jenny Nesbitt fifth and Megan Keith sixth.

“I can’t say the same kind of talent runs in my family,” Quirk quipped. “Although I do have a sister who plays football and she’s played for England as a youth.

“Today was good but I’m still finding my feet in cross-country (this season) so far,” added Quirk, who is coming into great form after an ankle injury scuppered her summer plans. 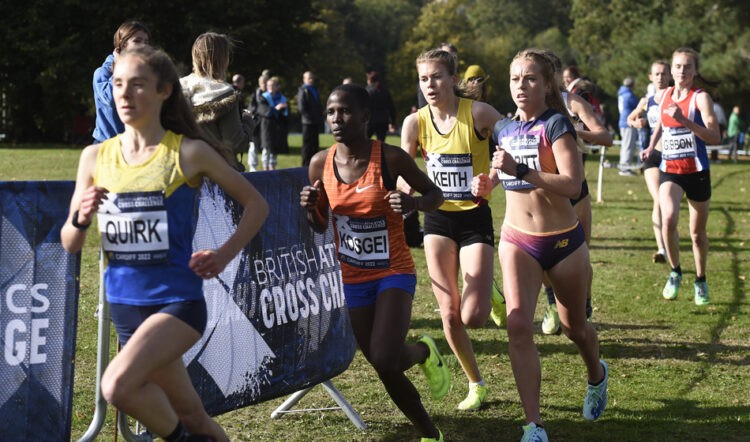 Runners of all ages and abilities rubbed shoulders as the event was not only part of the global governing body’s international circuit and British Athletics Cross Challenge series but it included the grassroots Gwent Cross Country League. This meant quite a few club runners got lapped in the closing stages of the senior men’s race, but Edward Zakayo negotiated the ‘traffic’ as the Kenyan weaved past the back-markers to sprint to victory.

On the final lap Zakayo had Joel Akayo and Rogers Kibet of Uganda for company but he had the better kick on the long and slightly downhill home straight.

Zakayo is used to racing on British soil as he was fourth in the Commonwealth Games 10,000m in Birmingham in August. His big target this winter involves racing on the other side of the world, though, as he wants to make the Kenyan team for the World Cross Country Championships in Australia in February. 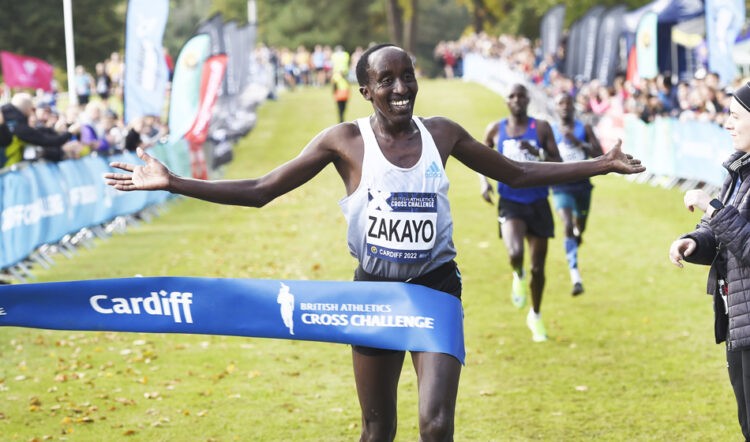 “The race was good today but I felt I wasn’t in shape as this year has been so busy for me,” said Zakayo. “I tried to make the team for the World Championships (in Eugene) and then I did the Commonwealth Games, so I was doubting myself here today. But on the last lap I began to push and got a lead and realised I could make it.”

Edward Zakayo won the men’s race at the Cardiff Cross Challenge today and is keen to make the Kenyan team for the World Cross in Australia in February. pic.twitter.com/qrYh6rotxe

Emile Cairess lost touch with the leaders with about 3km to go and found himself in no man’s land for a short while. Approaching the finish he was caught by Gizealaw Abeje Ayana but the Brit managed to hold off the Ethiopian in a frantic sprint to the line for fourth place as Mahamed Mahamed and brother Zak Mahamed followed in sixth and seventh.

Cairess says “cross-country running isn’t his forte” but the Yorkshireman was attracted to the Cardiff course due to its flat and firm terrain. Next weekend he is hoping to improve his half-marathon PB of 61:16 in Lisbon. After that he wants to target the British trials in Liverpool for the European Cross Country Champs in Turin in December before potentially tackling a marathon in 2023 under the guidance of his new coach Renato Canova.

“I’d like to try to qualify for the Euros,” said Cairess. “It’s in Italy so should be firm and fast. I was 59th in the last Euro Cross so I need to have a good race and put that to bed!” 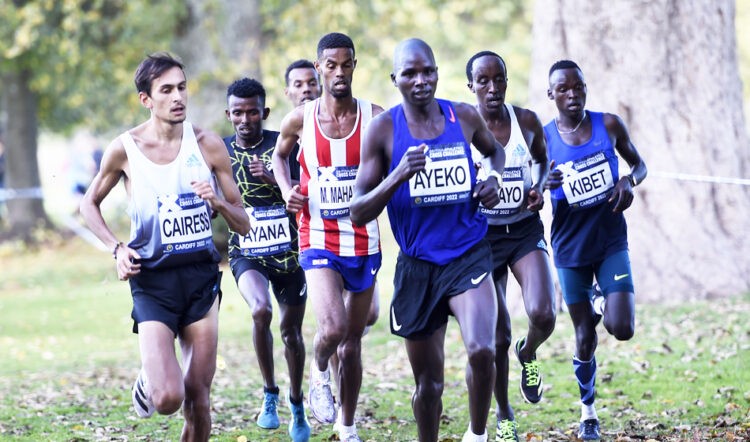 Many of the young athletes who ran well in Cardiff have similar ambitions of making the team for the European Championships in Turin. These include Innes Fitzgerald, who, despite still being an under-17, made light work of the combined under-17 and under-20 women’s race to win by 15 seconds.

Earlier this month the Exeter Harrier won the Mini London Marathon impressively too and she took the transition from the road to grass in her stride on Saturday as Zoe Gilbody finished runner-up and Jess Bailey third. Both Gilbody and Bailey are still under-17, too, which meant the first under-20 home was Alice Bates in fourth overall. 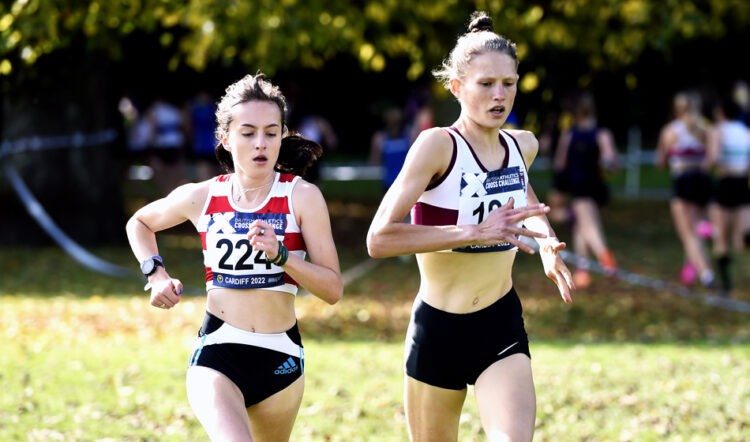 “I’m glad it was a flat course to ease me into the cross-country season,” said Fitzgerald, who front-ran her way to victory. “There was a log jump too which I wasn’t sure whether to hurdle it or step on it but it turned out okay in the end. I was over-thinking it!”

On coming weeks, she added: “I don’t think I’ll run the Milton Keynes Challenge but want to concentrate on Liverpool so that I can run well there.”

Edward Bird once again lived up to his name by flying to victory in the under-20 men’s race. The tall Poole AC athlete has impressed lately on the track and country and says he loves the latter and is looking forward to getting stuck into hillier and muddier courses this winter.

“I felt a bit fatigued during the race,” said Bird, “but my mentality was ‘if I’m hurting then they’re hurting’. I felt I could hurt more than them, so I kept pushing on.

“Cross country is the purest form of running. It’s just you and the elements so I really get on well with it. It’s my first love too.” 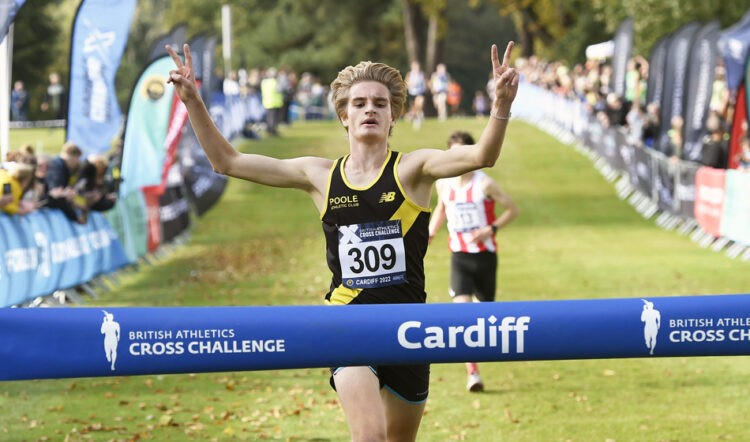 Isaac Morris of Cambridge & Coleridge is another athlete to get his cross-country campaign off to a fine start as he stormed to the win in the under-17 men’s race. He aims to pace his way through the season, though, as his main goal is the English National near Chester in February.

Like lots of athletes in Cardiff he was wearing modern track spikes as opposed to cross-country spikes in the firm underfoot conditions and said: “I sat in most of the way and felt decent the whole way around.”

Isaac Morris of Cambridge & Coleridge on his U17 men’s win at the Cardiff Cross Challenge.

As for his big target? “The National under-17 race,” he declared. “Everything else is just training building up for that although I will do more races like the national cross country races in Mansfield and Liverpool Cross Challenge.”

Libby Hale and Matthew Clark won the under-15 races to get their British Cross Challenge series off to a great start. Swansea Harrier Hale had a short trip of about one hour to compete, but Clark’s journey was much longer as he competes for Preston Harriers in north-west England. 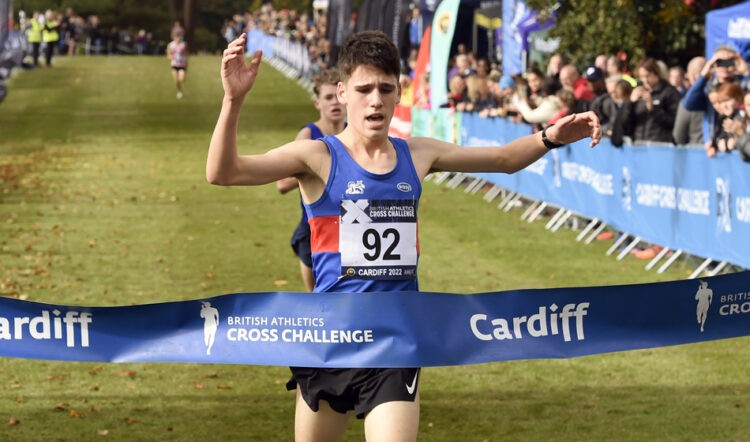 “My race plan wasn’t to run from the front but when the gun went I thought ‘why not go for it’,” said Clark. “My goal this winter is to try to win the overall Cross Challenge.” 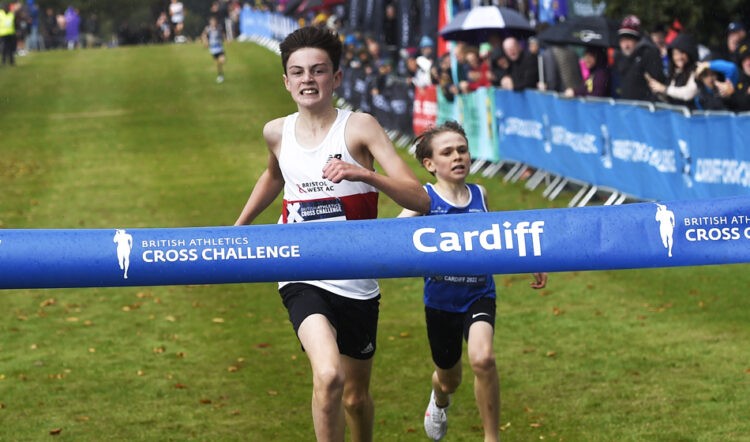 Perhaps the most exciting race of the day came in the under-13 boys’ race with Ewan Sparey of Bristol & West sprinting past Rhuairdh Laing of Victoria Park City of Glasgow AC in the final metres.

Bryony Boyce of Cardiff, meanwhile, won the under-13 girls’ race.

Next-Level Dorm Life in a Stack

Next-Level Dorm Life in a Stack

Liverpool should not panic in the transfer window after drawing at Fulham, says Jamie Carragher | Football News