Superb strikes from Youri Tielemans and Harvey Barnes in either half gave Leicester a 2-0 victory against Everton on Saturday Night Football.

On the stroke of half-time, James Maddison – who once again impressed for the Foxes – found Tielemans on the edge of the area. He controlled with his thigh before thundering the ball into the top left corner.

Tielemans sets it up for a volley by controlling with his right thigh and then sends a perfect volley into the far corner which clips the crossbar as it goes in.

Everton were sloppy throughout and were punished late on as a Leicester counter finished with a second. Maddison drove down the left flank, flashing a cross into the 18-yard box that Barnes smashed past Jordan Pickford.

The 24-year-old has now scored in all four of Leicester’s Premier League wins this season. 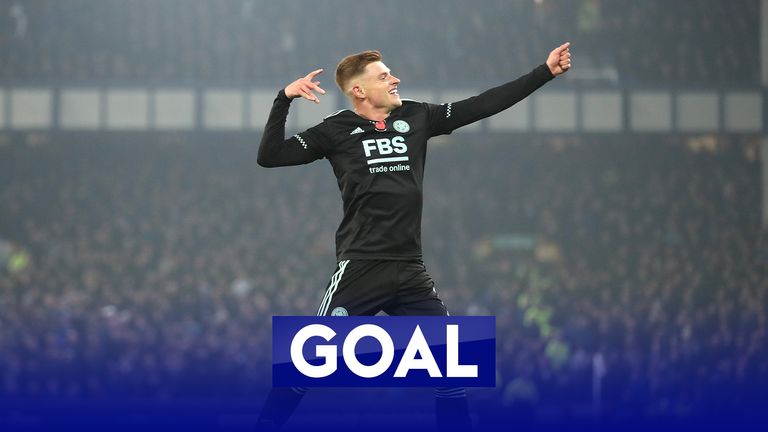 Alex Iwobi and Dominic Calvert-Lewin – taken off injured in the second half ahead of England’s World Cup squad announcement later this month – both went close for Everton, but they were unable to find a way past a Leicester defence who have conceded just three goals in six Premier League games.

Leicester move above Everton into 13th place, now winning three of their last four league matches. Everton drop into 15th, with both sides level on 14 points.

Everton now face back-to-back clashes at Bournemouth. The pair meet at the Vitality Stadium in the Carabao Cup on Tuesday at 7.45pm and then play there again four days later in the Premier League with kick-off at 3pm.

Leicester host League Two side Newport County in the third round of the Carabao Cup on Tuesday at 7.45pm before ending this pre-World Cup stint of the Premier League with a trip to West Ham on Saturday, November 12. Kick-off is 3pm.