It is 10 years since Charles van Commenee stepped down as head coach at UK Athletics. Just weeks after leading the team into a successful London Olympics, he rejected the offer of a new contract because he had not hit his medal target at the Games.

Now, a decade later, he features in the latest episode on the Athletics Life Stories podcast (out on Sunday, November 20) with host Chris Broadbent asking him about a number of controversial moments from his time in Britain.

Known for his uncompromising approach, he famously said British athletes were in danger of being seen as a bunch of “pussies and w***ers” by the public due to their habit of making excuses after underpar performances at major events.

Looking back, he says: “I mentioned these words to the press and not to the athletes themselves. This is the advantage of being a foreigner – you can be forgiven for having a small vocabulary!

“I never shied away from these things. When you are outspoken, not everyone finds it easy to deal with but some appreciate the clarity. I am quite outspoken and it’s my strength but it doesn’t always taste sweet.”

Van Commenee was accused of calling Jessica Ennis-Hill, one of the London 2012 gold medallists, “fat”. But the Dutchman, who is now aged 63 and moving into semi-retirement, strongly denies ever saying it.

“It (“fatgate”) was destructive and didn’t help anything,” he says. “Obviously, Jessica Ennis was never fat either. It’s so obvious that I shouldn’t even have to say that … and I always had a very healthy and professional relationship with Jessica Ennis.”

Van Commenee also denies a theory that floated around at the time that he was leading the search for potential medal winners who lived outside the UK but who, like Zola Budd two decades earlier, could feasibly compete for Britain. The athletes were dubbed ‘plastic Brits’ in the media and, looking back, Van Commenee says: “Everyone with a British passport making a qualifying mark and performing well at the trials has qualified. It’s a very transparent qualifying procedure.

“If people have the impression that I go around the globe with a microscope trying to find people with a British passport, then I have to disappoint them. It’s not the case. But if I was in the office and got an email from someone with a Cuban background and also a British passport asking how do I qualify for the team, then I would send the qualifying standards and procedure, like I would with any athlete.

“We definitely did not search actively like countries like Qatar or Turkey have been doing over the last decade or so. Never. Not even one time.”

Van Commenee looks back on his time as British head coach with fond memories and admits he has only had goose bumps on his neck once in his life – it was when Ennis-Hill, Greg Rutherford and Mo Farah were on the track together celebrating their gold medals in London on Super Saturday.

What made those athletes winners? “There is always a strong belief that they can win and they never give up,” Van Commenee says. “Of course they all have determination and desire too.

“Greg had a lot of set backs but he never lost his optimism and his strong belief in his coaching staff such as Dan Pfaff. A lot of athletes would have given up or lost confidence. Mo had some difficult decisions to make such as moving to the US when he was coached by Alan Storey, when he had a strong connection with (Storey). 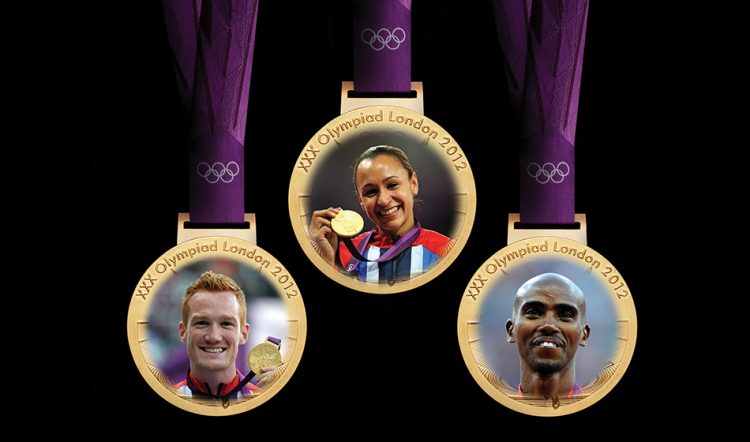 Van Commenee remembers going to the marathon on The Mall. “It was the first time I went outside the Olympic bubble (stadium, training or village) and into the city and I saw the happiness and pride and energy. I was travelling on the Underground and I was recognised and someone told me ‘you guys lifted the nation’ and then you realise why you do these things.”

So why did he leave? “The main reason I left is that I thought I would have lost credibility if I had stayed,” he explains, “because I was always quite vocal about meeting standards to athletes and coaches and there were always consequences. So if I made a public target and I didn’t hit it, then how can I have the same conversations with people in the future years.

“I had a fantastic time and I look back on it with a smile and pride. It was not always easy. We had confrontations as well. But these two periods of four years (working for UKA) in Britain enriched my life.” 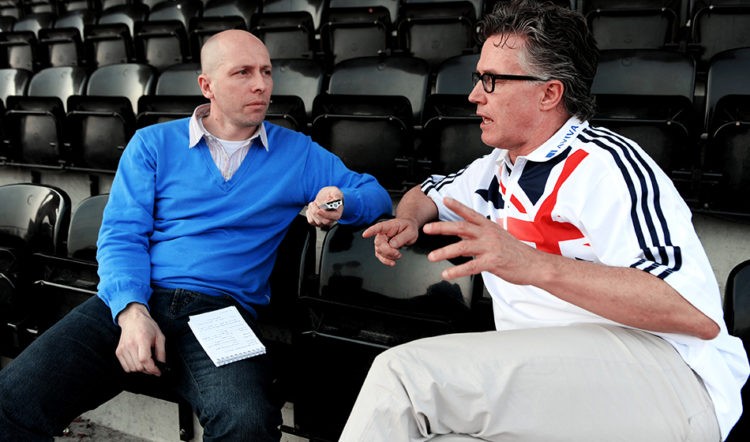 There are some sad moments in the podcast, too, when Van Commenee remembers some of the coaching colleagues he worked with who have since died like Neil Black, Lloyd Cowan and Ayo Falola.

But there are light-hearted moments too. On the spoof “Charles van Comedy” twitter account, for example, he says: “I thought it was fun and I enjoyed it. It was never evil. It was always tongue in cheek and innocent. I still don’t know who did it either.”

Athletics Life Stories is available on Apple Podcasts, Spotify, Google Podcasts and other popular platforms. The interview with Charles van Commenee is out on Sunday November 20.