Eliud Kipchoge, the Olympic champion and world record-holder, will make his Boston Marathon debut on April 17. In recent years the 38-year-old’s rivals have been unable to break him in various races, but perhaps Heartbreak Hill on the famous Boston course might have better luck.

Kipchoge has already won four of the six events in the World Marathon Majors series but he has yet to win in Boston or New York City in order to complete the set.

In an historic race that dates back to 1897, famous winners in Boston include Ron Hill, Bill Rodgers, Rob de Castella and Meb Keflezighi, with the most recent title going to Evans Chebet this year.

Kenya has enjoyed a particularly successful spell lately too with four of the last five men’s titles going to the east African nation.

Chebet will return in 2023 to defend his title against Kipchoge. Further entries include 2021 winner Benson Kipruto, and two-time champion Lelisa Desisa (2013 and 2015).

“To be a champion in Boston is something very special and for me it has even more meaning because it took me quite some time during my career to be competitive enough to finally win the oldest marathon in the world,” said Chebet. “I can’t wait to be back and to enjoy the great atmosphere of such a unique and historical race!” 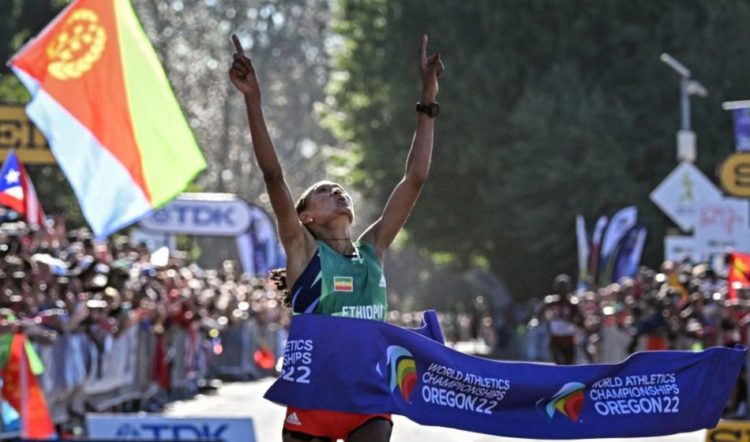 Kipchoge boasts an incredible career, having secured four victories apiece in the TCS London Marathon and the BMW Berlin Marathon and also triumphed at the Bank of America Chicago Marathon in 2014 and the Tokyo Marathon this year 2022. In Berlin in September he lowered his own marathon world record by half a minute with 2:01:09.

Kipchoge said: “I’m happy to announce in April I will compete in the Boston Marathon. A new chapter in my Abbott World Marathon Majors journey.”