Charles Hicks ready to put up his best defence

La Mandria Park sits in the shadow of the Alps and on the north-west outskirts of Turin. On Sunday the venue will play host to the European Cross Country Championships and the organisers have devised a course that is both challenging and imaginative.

Recent rain means the turf in this Piemonte region of Italy will be fairly heavy going. Athletes will also have to navigate sharp climbs and descents on a twisty, spectator-friendly course. The most interesting section, though, is a short passage of less than 100 metres which goes through an historic building. It is reminiscent of Italy’s famous Cinque Mulini or ‘five mills’ race and, as the competitors glide over the artificial grass, they will run past Italian paintings, artefacts such as replica horse and carriages – and even a snooker table.

It is a far cry from the course that staged the 1997 World Cross Country Championships in Turin. On that occasion the event was held in the Parco del Valentino on the other side of the city and after around two months of no rain the IAAF paid an estimated $500,000 to lay down new grass with staff also working around the clock to fill in dangerous potholes on the parched terrain.

This weekend’s European Championships is the fourth time the event has been held in Spain following Ferrara in 1998, San Giorgio su Legnano in 2006 and Chia in 2016. The course at La Mandria Park is set up for a tremendous day of racing with all six reigning champions from Dublin 12 months ago back to defend their crowns.

One of these is Charles Hicks, who stormed to victory in the men’s under-23 race last year. The US-based Briton, who is now 21, says he considered racing the senior men’s event in Turin but decided to defend his age-group title and he arrives in Italy in tremendous form after winning the prestigious NCAA cross-country title in Oklahoma three weeks ago.

“The focus has been to get as much rest and recovery as possible in the past three weeks,” he says. “I’ve tried to relax and concentrate on the little things and keep my season rolling.”

Hicks was speaking shortly after jogging around the course in La Mandria Park and had plenty of mud on his shoes to prove it. “It’s definitely going to be a tactical endeavour,” he says on the route.

“Some courses run themselves. Some need some thinking through. This is definitely the latter. So I’ll be strategising tonight based on the information I got today over what’s going to be the best plan. But other athletes will have their own plans so I’ll definitely have to adapt.”

After only flying into Italy two days earlier, Hicks is a little jet-lagged but says he feels fine. He believes it will be a different test to Dublin last year, though. “I think it will be different. I came into last year a little bit banged up. But I’m feeling very strong this year.”

Hicks’ pre-race strategising is likely to take place before or during the England vs France World Cup knock-out game. He was born in London and lived there until he was 12 years old before moving to Florida. So despite his strong American accent he definitely considers himself British.

Did it ever cross his mind to compete for the US instead of Britain? “For me it’s so hard to overwrite where the story began and where I grew up with an Olympic dream in Britain,” he says. “My first run was in Britain. My first race was in Britain.

“It’s hard to erase your national identity after being in a country for 12 years. So for me it was never a very difficult decision.”

He studies “symbolic systems” with an emphasis on cognitive sciences at Stanford University. This involves focusing on artificial intelligence, which is “super interesting”, he says.

When does he leave Stanford? “I’m undecided,” he says, adding that he’s in a fairly flexible position. “I have great team-mates and coach but I will make a decision at some stage.” 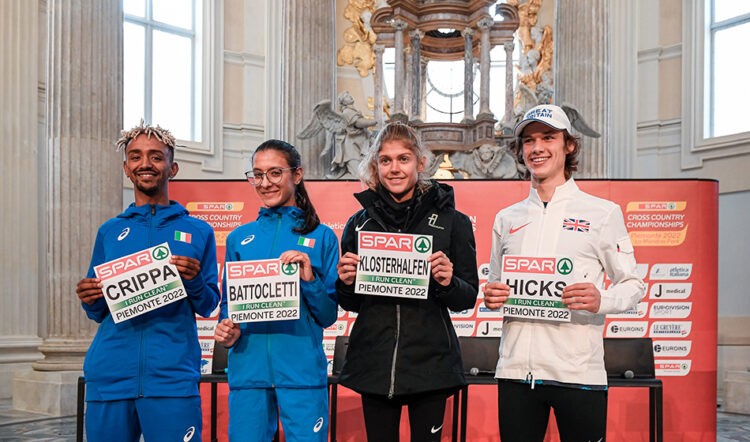 During the pre-event press conference on Saturday he was joined by Italian hopes Yeman Crippa and Nadia Battocletti plus Germany’s Konstanze Klosterhalfen. At one stage Hicks was asked if he had advice for Crippa ahead of the Italian facing reigning champion Jakob Ingebrigtsen in the senior men’s race, but the Briton diplomatically said he wasn’t best-placed to dish out advice on how to beat the world 5000m champion.

Crippa knows it is a tough ask to beat Ingebrigtsen, too, but he goes into his race with nothing to lose, lots of partisan home support and 35 days of altitude training in Kenya under his belt.

READ MORE: Euro Cross – who, what and when guide

Not quite as confident is his team-mate Battocletti. The two-time under-20 winner and defending under-23 champion says: “The last few months for me have been tough as I got mononucleosis and then I got many infections and finished my last cycle of antibiotics about 10 days ago. But I want to be here and I never give up.” 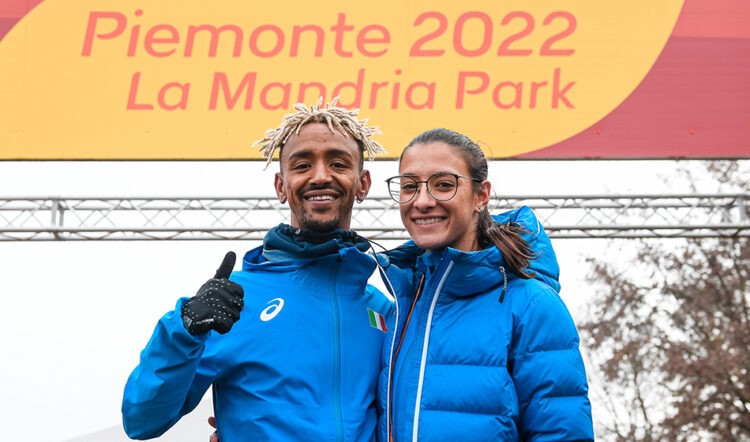 After sampling the course on Saturday, it’s likely all the athletes went back to their team hotels with a mixture of excitement and trepidation. Certainly there are shades of the World Cross course in Denmark in 2019 where features such as an uphill section on the roof of a museum were described as a potential “leveller”.

Coffee with Larry, for Thursday, December 8, 2022, Why do some athletes stand out in the big meets? Champs XC, SPAR European Athletics Champs