This can be a crucial time of year for many track athletes. With the summer season quickly becoming a distant memory, it’s now when the important foundations are laid for what lies ahead next summer.

With training intensity a little lower to begin with, there is an opportunity to work on the extra elements which can prove invaluable further down the line. It’s where some backwards thinking away from the heat of competition can help you get ahead.

Andy Kay, founder of Pure Performance, is a leading strength and conditioning coach who has worked with Jake Wightman since 2016 and was part of the backroom team which helped lead the Briton to world 1500m gold earlier this year.

At the start of every season, Kay will profile the athletes he works with to identify their biomechanical weaknesses. Working on those not only becomes the first port of call but also provides the purpose and direction to the off-track training programme he will put together.

With a background spanning multiple sports, the Royal Marines and now making a big impact in athletics, he believes that “running and strength and conditioning are now working more hand in hand” than they perhaps did in the past.

Here, he outlines why and how making it a part of your programme can help pay real dividends.

How would you sum up strength and conditioning and what you do?

Strength and conditioning is a term used for work that’s designed to either improve performance or reduce injury.

My job is to give the athlete as much time and capacity as I can for them to spend on the track because that’s ultimately where they’re going to get faster.

But they’re not going to do that if they’re injured or only capable of putting in a small percentage of what they could if they had, say, greater running economy, were more efficient or were springier.

Imagine your body’s a race car and you’ve got to get faster on the track. We’re the guys in the pits that keep it in top condition, if you like. Strength and conditioning is very much an accessory but the better you get, the more important it is.

Why should an aspiring athlete be doing it?

If you look at the big picture, there are certain factors around performance and injury that you’re not going to get from running alone.

A big one for me is tendon stiffness and reactivity, which is crucial in the production of force.

In simple terms, how springy are you? The only way to really improve that is through plyometrics or heavy isometrics – basically overloading the tendons and ligaments more than you will through running.

From an injury prevention perspective, tendons in particular respond and get better through loading. That’s long, eccentric or isometric loading, which is the opposite of what running is.

If you want to get better quickly and stay healthy, that’s the only way to do it.

Unless you’re naturally very good, and you don’t really get injured, then at some point you’re going to need to use some kind of strength and conditioning to improve or get back on the track.

Is it all about lifting weights?

Definitely not. The strength side is only one piece of the puzzle. A lot of the time we spend in the gym will be on things like isometric holds – that can be a leg press or a squat rack with weight – but, equally, it could just be a doorframe or just using a lifting strap and using that to create tension.

A lot of the work we do also involves plyometrics such as jumping, landing and reactivity – again, no weights involved. There’s a lot of conditioning work, too, which is very much just bodyweight. 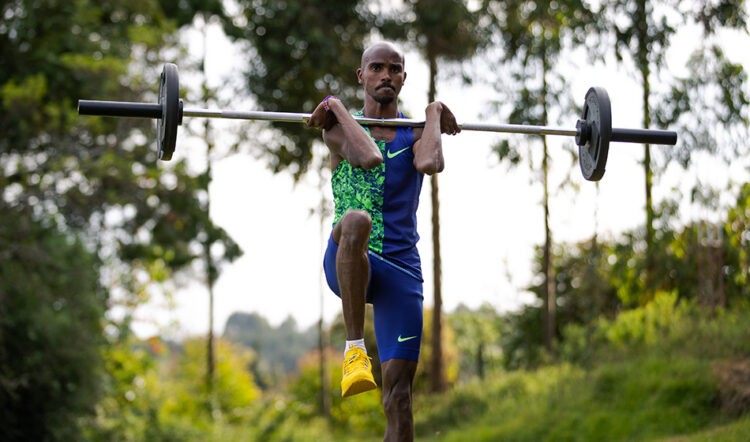 What are the biggest mistakes you see athletes making with strength and conditioning?

The classic one is treating gym sessions like it’s a track workout or the old school circuit mentality where the only aim is to just be tired. If the only aim is fitness and being tired then you’re doing something wrong if you’re not getting that from running, because running will get you fitter for running than burpees ever will.

For some people that approach will help but, as soon as you’re reasonably good as a runner, it’s not what you need.

Also, picking workouts that aren’t suitable or you’ve just pulled off the internet… it’s just a waste of time unless you’ve picked something that’s going to benefit you.

Have a good reason to do something and finding that only comes from working backwards from the sport and from your own issues and injuries in the past.

For all the athletes I work with, we do quite an extensive profile at the start of every season just to see where their weaknesses lie. We work on those first. 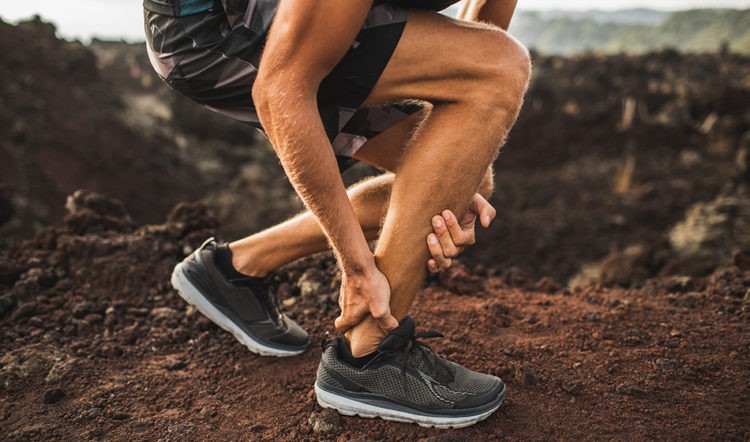 What simple steps can a runner take to make themselves more robust?

For example, if you can get to the point where you can do 20-30 single leg calf raises, you’re going to have a much more bulletproof Achilles, calf, plantar fascia and shins than you would have had before – and for very little cost.

It definitely helps to build up your core, too, with lots of planks and side planks to start off with. Then hip conditioning, with exercises like glute raises – get to the point where you can do lots and lots of these prehab-type exercises.

It’s very hard to overdo it and they’re the things that will give you a tangible difference in terms of feeling it in your running.

You can also look at plyometrics and working them into your warm-ups. Just 10 minutes before you run, you can do some isometric holds, some light pogo hops, some squatting to get mobility in your hips – there’s lots you can do. If you do that before every run and you run five times a week then that’s quite a lot of volume.

Build the foundations. I always say treat it like a running season so have your winter first – lots of volume, lots of capacity work, really drill the skills before you go into your intense block where you start to lift weights and get more aggressive with it. Similar to running, progressive overload relies on gradually increasing intensity. 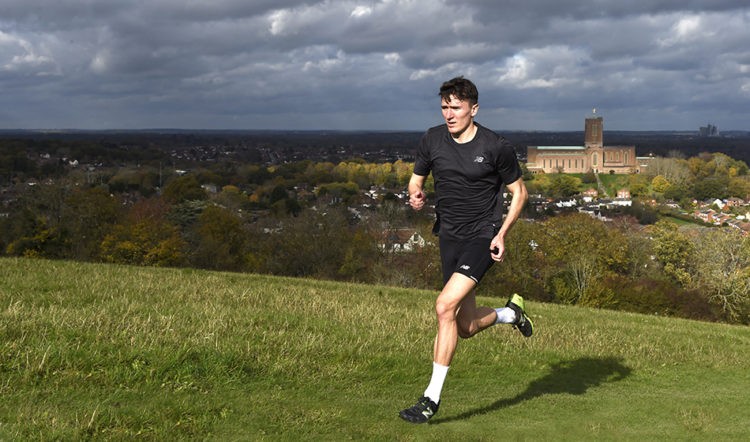 If you look at him early on, it stood out that Jake wasn’t very reactive from a landing and jumping perspective. If you spend a lot of time on the floor, in any jump, it shows that you’re not able to produce force quickly.

Why does that matter on the track? At top speed your foot is on the floor for less than 0.1 seconds, so you haven’t got very long to produce force. If you and I run at the same speed and you’re able to apply more force in a short space of time, I’m going to hit my top speed sooner and you’ll be able to overtake me.

That meant we spent a lot of time on making him springier and building elasticity into the tendons through lots of jumping and lots of repetitive, pogo-style, low-level bouncing work.

If you look at him now, he’s so elastic, it’s unreal. The amount of power he can produce and the height he can jump – it’s fantastic. We did some testing with British Athletics on his peak force output and even with calf raises alone he can produce four times his own bodyweight in both legs. It’s twice as much as the benchmark they’d set.

He’s super, super powerful now and that was always the aim because the springier you are the more elastic you are, the less energy you have to put into every step and therefore the less oxygen you use and the faster you can go.

That’s just an example of working backwards from the sport – to find the most minute physical qualities that I can improve which will eventually feed up the chain and take seconds off the clock.

He also recommends the book Strength and Conditioning for Endurance Running by Richard Blagrove.

The next chapter for Sydney McLaughlin-Levrone…