Barbados Marathon weekend – go for the run, stay for the rum

At just 21 miles long, Barbados is a small island with a surprisingly deep history in road running. This year saw the 39th edition of the race weekend and after just a short visit it’s easy to understand why visitors from around the world flock annually to this beautiful jewel situated in the Caribbean Sea.

From the moment you touch down on the island you are welcomed by people so warm and engaging they eclipse even the sun.

Sir Austin Sealy and Carl Bayley first conceived the idea of ‘Run Barbados’ and it started out with the Bridgetown 10km and marathon. Since then it’s grown and grown to become a highly anticipated event of the islands calendar.

Familiar names such as Ron Hill, John Treacy, Geoff Smith and Catherine Ndereba have all competed here and the marathon course record is still held by Hugh Jones with 2:22:33. It’s not the fastest of times by marathon majors standards but then no ‘big city’ race offers such a scenic route, passing tropical palms and the crashing waves of the Atlantic Ocean. Kim Goff of the USA is an 11-time winner in the women’s marathon and has raced on the island 20 times, so clearly knows the secret charm of the place.

Being the largest running event in the Caribbean it attracts visitors from far and wide, with over 2500 runners coming from more than 27 different countries.

The weekend consists of events from 3km up to the marathon distance, as well as walks making it accessible to everyone. This accessibility draws islanders to the event as well as overseas visitors giving the races such a welcoming feel. Many athletes take part in races on both days of the race weekend simply to soak up the atmosphere.

Having now moved to the more rural east coast of the island the routes for all the events take an ‘out-and-back’ nature from Barclays Park so there’s opportunities for spectators, family and friends to keep track of runners progress.

The initial part of each race progresses south along the east coast providing spectacular views of the ocean, popular with surfers and adventure seekers alike. This coast of the island is more rugged than the beaches of the west, with their coral sand but it’s no less stunning. After the turn around point the courses head in-land a little, giving of glimpse of local communities and the lush green countryside.

It’s not a perfectly flat marathon course but at the same time could only be described as gently undulating and perfectly manageable even for first timers at the distance.

The shorter races of 3km, 5km and 10km take place late in the afternoon on the Saturday of race weekend and although the temperature is high, the day is beginning to cool off a little, making things bearable.

An early start of 5:30am for the half and full marathon ensure the runners are on their way even before sunrise but this way they do get to avoid the heat for around 90 minutes until the sun rises high enough to start to make its presence felt.

In the men’s marathon, Kenyan Alex Ekesa was an easy winner, cruising around in 2:34:04 with the first women, Felix Herimiarintoa of France, clocking 2:54:29 in second overall. Ekesa also had an easy win the previous evening in the 10km in 34:29. 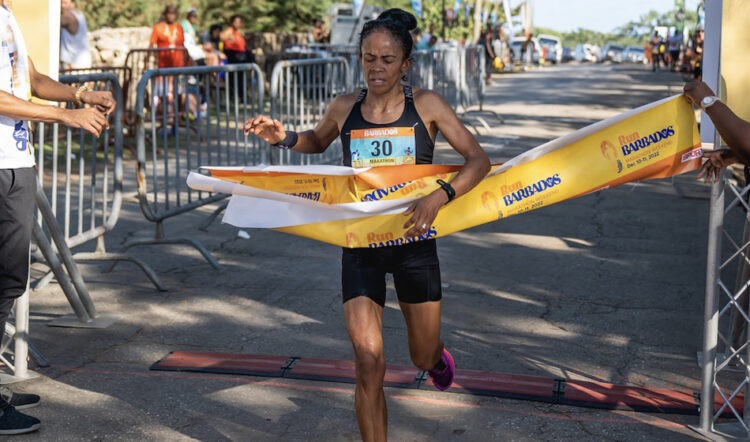 Local man Joshua Hunte won the half marathon event in 1:16:15 while again, the leading woman made the overall podium with Cecilia Mobuchon (France) third overall in 1:17:33.

Natasha Wodak of Canada was first woman home in the 10km (35:55) where she finished third overall. 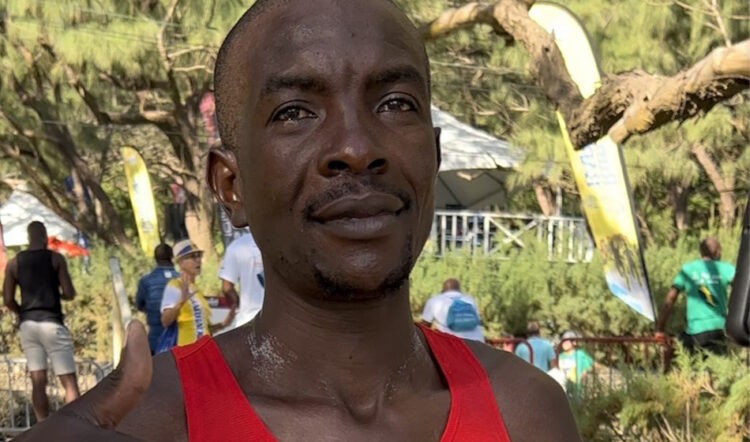 What made this race weekend so special was the warmth of the people and the weather. Locals and visitors embraced the occasion and simply came together as one to enjoy the running as well as the rum. The island offers so much to anyone that can take a little time to explore it, from the hills to the beach and the green countryside to the turquoise see it oozes appeal, the running adding that small essential detail we each embrace as athletes to make Barbados a perfect island getaway.

Given the recent cold spell here in the UK there could be no better reason to plan ahead for a winter break next year.

The 2023 races are currently scheduled for the weekend of December 9. 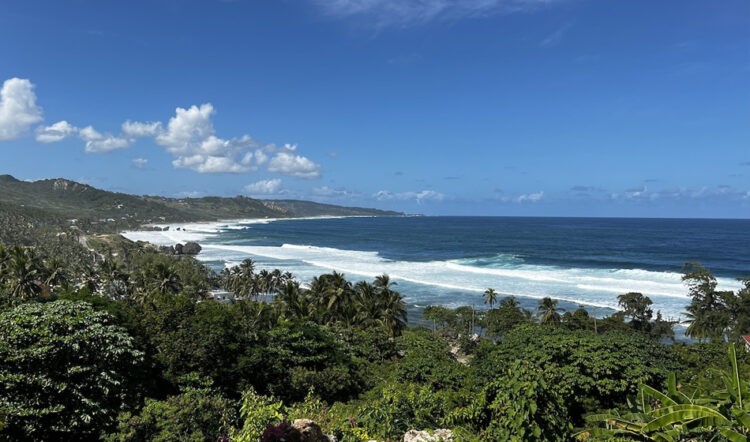 You can find more details at visitbarbados.org

An Iconic International Marathon in Iten was long overdue