Sheffield United held off Kolo Toure’s resilient Wigan side to win 2-1 at the DW Stadium and narrow the gap on Sky Bet Championship leaders Burnley to three points.

An excellent header from Blades defender John Egan quietened a strong start from the hosts (8), with Billy Sharp rolling in his second goal in as many games to double the lead after the break (56).

Nathan Broadhead tapped in from inside the six-yard box after Wes Foderingham had spilled a dangerous ball into the box from James McClean, but the Latics could not find an equaliser to earn a point in Toure’s first home game in charge.

Sheffield United move onto 44 points as they reach the halfway point in the season – a full 10 points ahead of seventh-placed Preston – with Wigan still stranded in the relegation zone, two points from safety.

How the Blades kept pace with the Championship leaders

Wigan had a spring in their step after resuming with a point in Toure’s first game in management away at Millwall last weekend. Will Keane fired over from 20 yards after being afforded acres of space, before Tom Naylor’s fierce strike appeared to hit Sander Berge’s hand, though penalty appeals were quickly turned down. 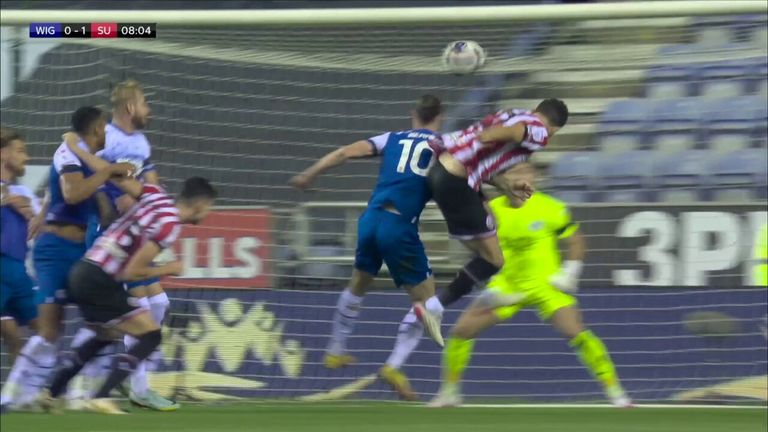 That was before five minutes had even passed. But eight minutes in, the Blades – eager not to lose sight of Vincent Kompany’s trailblazing Clarets – took the lead when Egan lost his marker and darted to the front post, where he guided a brilliant header past Jamie Jones after being located by Oliver Norwood’s corner. 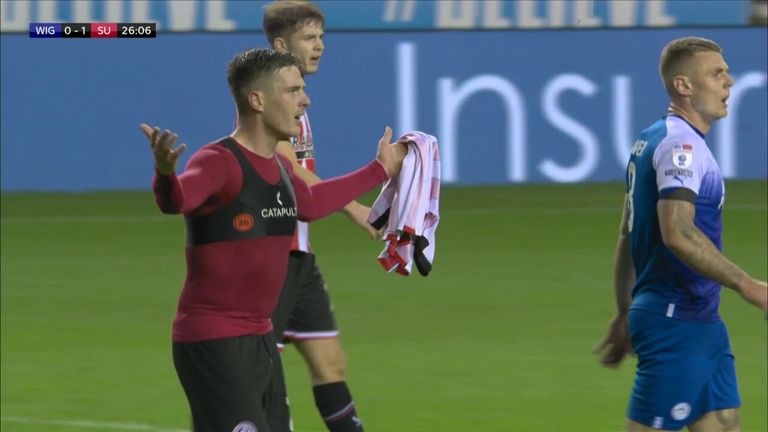 Ciaran Clark’s shirt gets pulled off while in the box and the defender has no choice but to run with it in his hands!

The visitors’ high press was a thorn in Wigan’s side throughout, though in the first half, they could not take advantage. Jones saved a low shot from Iliman Ndiaye, while James McAtee fired just wide after a neat backheel from Sharp and Berge was unable to seize upon a neat square ball from McAtee.

There was something of a lull in proceedings as the second half got under way, though, before long, that ended when Wigan were punished for a lackadaisical approach to playing out from the back. They cheaply conceded possession just beyond halfway, before Ndiaye moved the ball on to Sharp, who rolled a second into the bottom right corner. 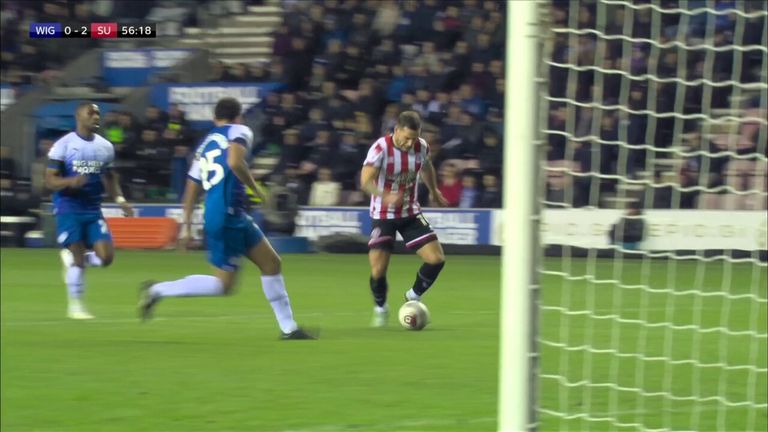 Thelo Aasgaard and Ryan Nyambe were introduced by Toure just after the hour and the former had a penalty appeal turned down when his strike at the back stick appeared to make contact with George Baldock’s arm.

But moments later, McClean delivered a dangerous ball across the box that Foderingham clawed away from the line, and Broadhead was in the right place at the right time to prod in and halve the deficit. 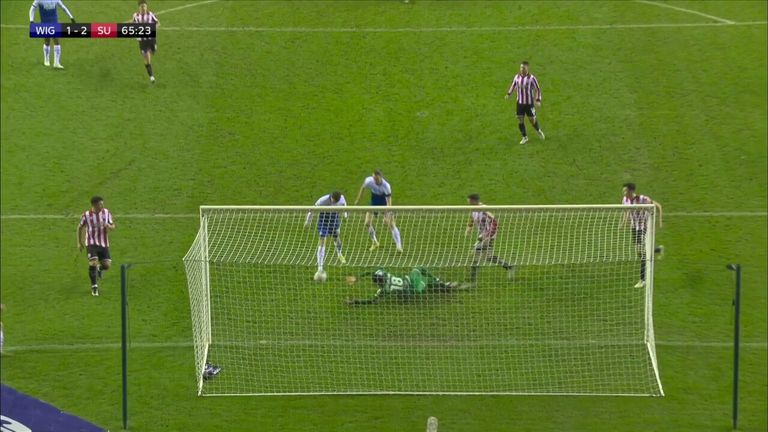 Nathan Broadhead got on the scoresheet for Wigan, but it wasn’t enough to complete a comeback

In truth, each team mustered just one more opening each. Norwood bent a delightful free-kick up and over the wall – and inches over the crossbar – before Anel Ahmedhodzic had to be at his best to keep Ashley Fletcher from connecting with a teasing ball across the box from Max Power.

Both teams are back in action at 3pm on Boxing Day. Wigan travel to the Riverside Stadium to take on Middlesbrough, while Sheffield United host Coventry City at Bramall Lane, in a game live on Sky Sports Football Red Button.

Coffee with Larry, for Monday, December 19, 2022, Haile G walks away from auto accident, some thoughts on Jake Wightman, look to NB Indoor GP and Dubai Marathon!

Coffee with Larry, for Monday, December 19, 2022, Haile G walks away from auto accident, some thoughts on Jake Wightman, look to NB Indoor GP and Dubai Marathon!