The Europeans were a few weeks before I turned 40 but I’d only been sprinting since around 2010 so I think my athletic age was still quite young. I hadn’t really had a lot of injury issues.

I felt that I had a lot of marginal gains to take advantage of and lots of areas to improve on – whether that was sports science, nutrition or just pure power on the track. That was a challenge not only for myself but also for my coach and for my immediate team.

The hard work that I put into getting towards the 2016 Paralympics was to help me win the 100m as well as the 200m in Rio.

Grosseto was a great set-up race. I wanted to come out all guns blazing. Everybody said that I was a really slow starter. Because I’ve got longer levers, you can get really tight in that movement pattern and that affects forward movement, forward drive and maximising the output of speed.

Myself and my strength and conditioning coach Dave Jackson worked tirelessly at Nottingham University on the indoor track, doing 10m, 20m, 30m push-outs, but getting the fast-twitch fibres going as a 40-year-old is never easy. To do that, and really look for those one per centers to work, was really hard.

The people that I trained with on the track were people that I knew specifically could push me over that first 10-15m. I’ve got a straight leg, so no knees. The levers that I’m having to power my body through are a lot bigger, so I’m having to drive my arms and legs in that trajectory that is more aggressive.

I’m quite a well-built, big guy and it’s okay having the muscles, but it’s about trying to use them effectively. With my deadlifts in the gym, I was after really fast movements, getting those hips firing.

When I was racing over the 200m, there was an expectation that I wouldn’t be put down but I wanted to have that in the 100m as well – being able explode to the finish.

There was a heat first in the 100m in Grosseto and I was fastest qualifier for the final with a 12.46. My legs felt really good.

I’ve always been an athlete that likes to feel that my glutes and my hamstrings are fired and ready to go from the blocks with instant power. My coach Keith Antoine always wanted me to put in a performance in the heat and not coast because, when you get into that fight, you don’t want to be reaching, you want to know that time is in your legs.

I got into the final and felt really confident. I had a game plan in my head around exploding off the blocks. I’m really trying to keep as low as I can over that first 10 or 15m, then slowly coming into my running, holding form as best as I can and not being tight going into that last 50m.

There was a false start. It was so marginal and I went out with it as well. I went on the gun. I’m very spatially aware when I’ve got my glasses on so it came from a movement from his arms. I pushed off and the light fired at that moment and realised it was a wasted push-out but it had been powerful, like a strong deadlift.

That gave me great confidence and then I went out and ran the perfect race. Three days later, I won the 200m as well. I thought: “That’s how I want to run in in Rio.” The 100m wasn’t a personal best but it was very close to the world record.

I know a lot of the time when I do talks or presentations, I show that race to demonstrate that when the going gets tough, you don’t just let things happen – you make a change and you try to change people’s perceptions of what can and can’t be possible.

Winning the 100m in Rio didn’t happen. There was a false start in the final and my energy levels were affected and I got silver. I should have won that race. My expectation was that I’d get a win anyway in the 200m but I wanted to do the 100m and 200m because, in 2012, I was seventh over 100m. 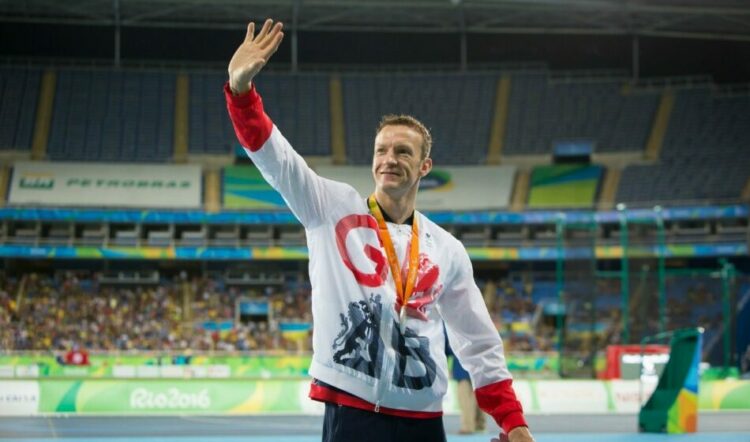 To go back four years later and try to win it when I was nowhere near in London would have been incredible.

I pushed myself to the limit and I was really happy with my season in 2016 but, in Rio, after winning the 200m, the 100m was just a step too far. That’s athletics. Sometimes you can have all the tools but if you’re not able to use them effectively, especially in the 100m, a small mistake and your race is over.

I’ve had great opportunities, one that got away isn’t something that I really look back on with regret but, after having such a great year, a lot of the other athletes were expecting me to come through with another double gold.

» For information on the Richard Whitehead Foundation, visit whitehead.foundation

Not Your SAMe Ol’ Electrolyte Supplement

Not Your SAMe Ol’ Electrolyte Supplement

Coffee with Larry, for Thursday, December 8, 2022, Why do some athletes stand out in the big meets? Champs XC, SPAR European Athletics Champs