Anyika Onuora’s autobiography is such a powerful read that it is no surprise it was shortlisted for the prestigious William Hill Sports Book of the Year award.

The retired sprinter recounts her ordeal with sexual violence, racism and attempted suicide during a track career that saw her win relay medals at the Olympics, world and European championships and Commonwealth Games.

My Hidden Race talks about the “brutal reality” of growing up on Merseyside in the 1990s. “Then there was stuff put through the letterbox,” says the 38-year-old. “We got robbed, the car got stolen and they basically put a firebomb in the car.”

In one terrifying incident in a hotel she had to fight off an athlete who tried to rape her. On another, she was physically assaulted by a physiotherapist.

Onuora considered suicide in 2012 and it was only when her room-mate, Perri Shakes-Drayton, accidentally interrupted her that she stopped short of trying to kill herself with scissors.

“I felt medals were the priority over mental health and wellbeing,” she remembers. “Nobody ever asked how I was. You were a cog in the wheel. I felt I had to go above and beyond and didn’t feel I had a chance to breathe.”

» My Hidden Race by Anyika Onuora is published by Mirror Books for £16.99

A sequel with a difference

First published in 2010, Born to Run became one of the most influential running books ever written, sparking huge interest in the “barefoot running” movement, exploring the secrets and remarkable endurance feats of the Tarahumara tribe in Mexico.

Author Chris McDougall returns, in tandem with coach Eric Orton, with a sequel which draws on the experiences of those whose lives and running habits have been changed by the themes explored in that first book.

Its aim is to offer practical advice on everything from training to diet choices, footwear and running form. This will be of interest to anyone who enjoyed the original book.

» Born to Run 2 – the ultimate training guide is published by Souvenir Press for £19.99

In 2006 Will Cockerell wrote the splendid 50 Greatest Marathons of All-time and has also written a number of times for AW over the years. Now he’s back with a book about his own athletics club’s recent exploits in distance running.

In Millennium Odyssey – a review of Belgrave Harriers’ 21st Century road and country he has restricted his efforts to chronicling the past 22 years and has also ignored the track.

Instead, the book focuses on area and national road and cross-country relays and championships, plus the London Marathon and more. There are lots of statistical tables and lists but this is not by any means a dry stats book.

There are lots of photos and Cockerell is an imaginative writer with plenty of flair and he describes the races and characters in great detail. For the male athletes in particular, he writes, the period was “a roaring, rampage of revenge”.

Belgrave aside, there are even cameos from the likes of Paula Radcliffe and Mo Farah.

Running for the environment

Running is one of the most environmentally friendly things you can do, right? Not necessarily. Whether it be travelling to events, the impact made by big mass participation gatherings or even buying running gear – our decisions and habits are still contributing to the climate and ecological emergency.

International ultra runner Damian Hall is a fine writer and has set about examining just how much damage the running industry is doing to the environment. The news isn’t great but, with typical good humour, an impressive level of research and substantial input from the experts, Hall uses himself as a test case to come up with practical solutions and ways in which we can all make a difference.

» We can’t run away from this is published by Vertebrate Publishing for £14.95 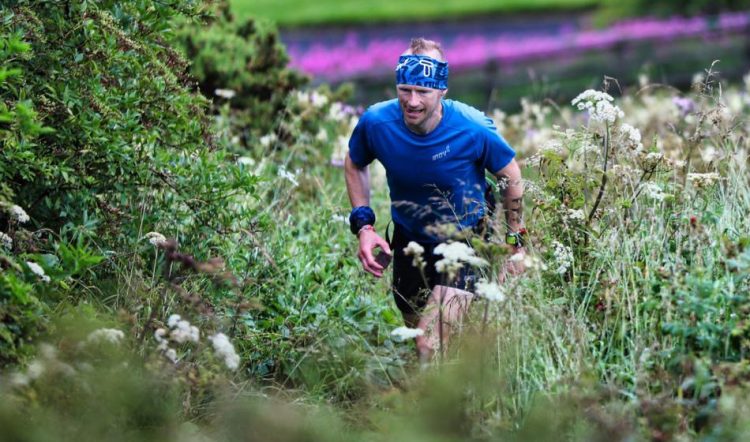 Taking on the marathon

Does one of your new year’s resolutions involve running a marathon? Or do you know someone who wants to tackle 26.2 miles? This book from journalist and endurance coach Sam Murphy is a practical guide around doing just that.

From cutting through all of the running jargon through to planning a schedule which will fit in perfectly with your goals, this book is an ideal way to expand your knowledge as well as improving your performance.

» Run Your Best Marathon is published by Bloomsbury Sport for £15.99

» This article first appeared in the December issue of AW magazine

An Iconic International Marathon in Iten was long overdue