Mia McIntosh clearing every barrier in her path

Progress can be measured by a multitude of factors. Performances, times, titles and records can all represent notable moments in an athlete’s career. So, too – at least in the case of European under-18 champion Mia McIntosh – can making the transition from a fear of competing to a love of being on the start line.

McIntosh is the British hurdles record-holder at under-15, under-17 and under-18 level, as well as being a multiple English Schools and England Athletics champion. Her transition through the age groups has been a relatively smooth one, but success doesn’t come without pressure, even if it’s self-inflicted.

“I’ve always put pressure on myself to do well,” she says. “But I’ve never put ‘extra’ pressure on [to keep breaking records etc] because I know I’d put myself off.

“I never used to like competing. Before every race I’d throw up because of nerves, so I stopped eating breakfast, I just wouldn’t eat at all before I raced, and I just wasn’t enjoying the process.

“Thankfully I got over that. [My coach Jake Awe] was like, ‘We need to stop this, because if you’ve not got food in you, you’re not fuelled enough to compete and it’ll go downhill’ and he helped push that out of me.”

Her primary goal for the summer was to earn her first Great Britain vest and make the podium at the European Under-18 Championships in Jerusalem. She achieved that with an impressive gold medal, PB and European under-18 leading time (second all-time). She also qualified for the World Under-20 Championships in Cali courtesy of a lifetime best in her first ever international senior race (in Geneva).

On the track McIntosh is performing with a maturity beyond her years. Off it, her ability to counter the disappointment of injury with pragmatism and respect for her own achievements has also served her well.

“[The summer] was incredible,” she reflects, in spite of having to withdraw from the semi-final in Cali due to a knee injury. “It was like everything happened at once and it still hasn’t sunk in. Even meeting new people from different countries on the circuit, it was amazing.

“The day I actually hurt my knee (at the World U20s) was very stressful. I woke up and one of the girls in my room tested positive for Covid. Then I hurt my knee and I couldn’t walk. I tried to warm up but I couldn’t push off my leg so I had to make the decision then. I was really upset for a few hours, but it wasn’t going to keep me down because I was already so proud of what I’d done already in the season.” 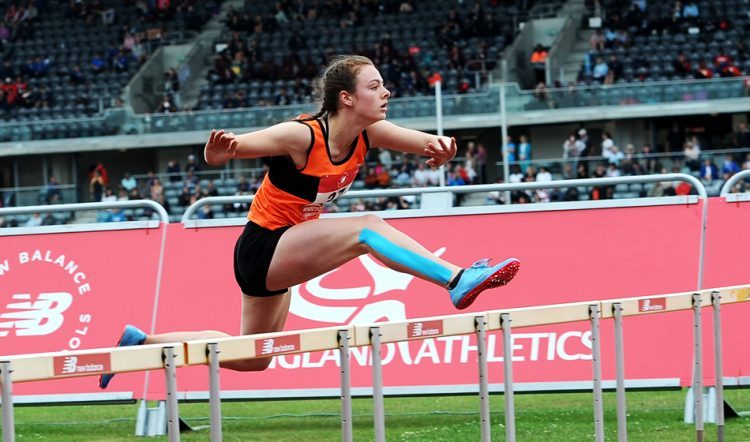 She also hopes to become a professional athlete when she completes her coaching and development course at college next year – a path she initially chose so she could focus her time on training.

“This year will be very different to what I was doing before I was with Jake, because the focus of my training has changed. I’m now lifting, I started in the gym last year, and I’m now doing five days a week whereas before I was doing three, so it has changed quite a bit, but I know it’s worth it.”

The days of pre-race dread are long gone and, in spite of the pressure to better herself, McIntosh continues to love what she does. “Well, sometimes…” she clarifies. “Winter [training] not as much, but when I’m competing, yeah, I absolutely love it.”

» This article first appeared in the October issue of AW magazine. Subscribe here

The Coming Recession and Running