In my earlier articles, Katie shared that despite adding the World title to her Olympic title, 2022 was quite a challenging year. In the final article from our interview, we talk technical because how can you write about pole vault without getting into run-ups, poles, etc.?

So let’s get back to the World Championships in Oregon.  The build-up had been challenging, so I wondered how far through her range of poles she got in Oregon: “I got to, I think it was, the pole with which I cleared 4.95 on full approach at the trials in 2021.  I was on a big pole, especially on the shorter run-up.  It was just a little too stiff, but at least I did get to it.  I was just one pole down from my best on the full approach.  That means that I need some bigger poles!  It was either the second or third biggest pole in the bag.  Everything about that meet was a really big confidence boost – from the poles that I was on to the height that I jumped and the approach”.

Then there is the question of run-up – full or short.  “My run-up is normally 16 steps, but I was just on 12 steps in Oregon.  It doesn’t seem a lot of difference, but it generates a ton more speed.  I was definitely at a disadvantage, and we tried a couple of sessions at full approach, and I think Brad really wanted me to try from full, and when I find that jump, I can definitely go higher from there.  But I was at the point where I felt I’m way more comfortable on 12 steps.  I don’t have to think about it now; I’m not worried about anything more than normal.  We decided in the prelim I would go from 12 – part of that was protecting my Achilles because going back-to-back is tough if you have an injury.  Fortunately, I only needed one jump during the prelim, but it hurt badly.  I was nervous during the warm-up because I had taken painkillers all week and was working with the medical staff, and felt confident it would hold up.  And then, in the warm-up, it was really painful.  I was standing waiting, stressed, and they played the national anthem, and I started tearing up.  I just thought, ‘you have to get this together’, no matter how it feels.  This is it.  It doesn’t matter how bad it hurts.  Thankfully, and this is usually the case with this type of injury, as I warmed up, it started to calm down.  It usually flares up worst when you just start doing stuff, and as you continue, it tends to calm down”.

To confuse me, Katie started talking about six steps and then explained it was either “12 steps or 6 left, counting every other step”. Counting every second step?  They are funny, these pole-vaulters!

Katie’s future plans include defending both her titles. Being the World champion makes 2023 much more straightforward as she has an automatic entry to Budapest, so there is no need to peak in June for the US trials.  She is also in a much better place than a year ago.

After struggling with motivation and injury in the early part of 2022, she decided to end her season after Oregon: “I wanted Worlds to be my last meet because of how emotionally down I was feeling.  I feared that if I kept going, I would never want to come back to the sport, and I didn’t want that to be the case.  And then when the injury flared up, I thought, ‘OK, this is my time.  Mentally and physically, I need a break.  We were doing damage control in the two weeks leading up to Worlds.  We weren’t getting good vaulting sessions in – they were OK sessions.  I was taking painkillers prescribed by the US team doctors.  Just trying to keep it at bay as best possible.  So I don’t think it would have been sensible to keep going afterward, even if I was motivated.  I just needed to get off it for a while”.

Winter 2022 has been a complete contrast to 2021.  “I took six weeks off – no pole vault, no interviews, nothing.  Going on vacation, time with family, and time with my fiancé.  I feel refreshed, excited, and motivated.  Training is going well. I feel completely different from what I did a year ago. After Budapest, Paris is just one more year away.  And if Paris goes well, the Worlds in Tokyo in 2025 would be a nice way to end my career, bringing it full circle.  That’s the game plan now, but at 31, you have to take it year by year”.

With the wedding at the end of December 2022, her plans for the early part of 2023 were still flexible when we spoke late last year. “Honeymoon in early January means that I will probably open my indoor season at Millrose.  But because my training is going so well, I would like to have two or three indoor meets with a good competition to see if I can jump something high.  I’m not planning to come to Europe.  Traveling to Europe with poles has become more difficult.  Right now, we only have one airline option, which means we cannot go direct but must go through Paris, which all adds to the wear and tear on the body.  But nothing is fixed other than Millrose”.[ Frome the adverts I have seen, it seems that she is going to Lieven in February].

When you win the Olympics and then add the world title in a year when you are struggling, it does beg the question, what can she achieve in 2023 after an excellent winter? It is an exciting prospect. 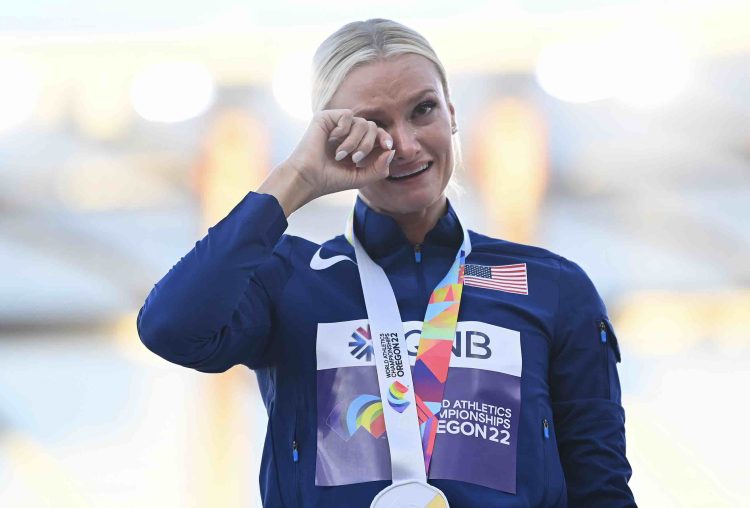 Can Too Much Exercise Cause Insomnia