Rod Lock died peacefully at Royal Marsden Hospital in Chelsea on Saturday (Jan 7) from cancer aged 73. He had been surrounded by friends and athletes he had coached in his final days, and was inundated with calls and voice messages from the same folk. With tears in my eyes I will recall, with the help of some of the people that maybe knew Rod the best, some of the lessons, memories and highlights or “PBs” of his life, and his legacy to the world of athletics and beyond.

Rod’s interest in running really accelerated in the early 1980s. A group of enthusiasts, notably his good friends and colleagues Mick Varley and Steve Till would partake in regular 10-mile runs from Blackfriars to Hyde Park and back. Excursions to the Sri Chinmoy night races in Battersea Park (where Rod, pictured in the main image in the blue tracksuit) would reconvene with dear friend Frank Horwill, the founder of the British Milers’ Club), and 5km races in Hyde park were frequent. Rod would organise teams for the Sunday Times Fun Run, as well as training weekends on the sand dunes of Merthyr Mawr (which along with the summer Ardingly edition, became the basis of BMC training camps), as the group got more serious. He also put together trips to events such as the 20km de Paris and the Berlin Marathon. Many of Rod’s work colleagues and friends took up running simply because of the supportive atmosphere that Rod created.

Steve Till recalls: “Rod was always so supportive. Before I could drive, he would ferry me out to various 10km, 10-mile and half-marathon races, where we would both often set PBs. No words can really do justice to the decades-long, multi-faceted nature of the help, support and advice that Rod gave so freely, even before he formally started coaching.

“He would provide me drinks for my ultramarathons: on one occasion, he inadvertently gave me a cup of water with some gravel in the bottom: I complained about the standard of service and every subsequent time I asked for a drink, he would quip: ‘With or without grit, Sir?’

“Mick, Rod and I celebrated Rod’s 40th birthday by running the New York City Marathon in 1989.  Unfortunately, Rod stood a bit too close to one lady, whose rather enthusiastic arm-thrust knocked the cup of hot chocolate he was holding all down his front, making the subsequent 26.2 miles very sticky and uncomfortable for him! Running aside, Rod was delighted to be the Best Man at my wedding in 1988!”

Rod has been described by many people as a ‘genius coach’, and I believe this is the result of a coaching programme built on a foundation of science. He was incredibly dedicated in his approach, having read and reread diaries and books from the leading sporting physiologists of our time. He was particularly fond of Jack Daniels (no, not the whiskey brand!), and I fondly recall that we would spend many hours animatedly discussing the ‘energy systems’ the body uses in each athletics event and how to refine them.

One of my first interactions with Rod was when I attended a BMC training camp in Ardingly. Rod held a lecture on this topic and I was instantly drawn to his scientific approach to the sport; it was a no-brainer for me to request that he coached me when our paths converged in 2012, some eight years later. This is one of many reasons our coaching relationship was so strong: that I understood the purpose of every part of his training programme.

I’m proud that I was able to validate his approach, both on and off the race course. I strongly believe my own success was limited by my own dedication and ability as opposed to Rod’s instruction, as much as he would disagree and take responsibility for “missed opportunities” of myself and his athletes. I will add that his inherent self doubt was entirely misplaced; his coaching ability was second to none. Rod had an innate ability to empower people: he made me feel like I was the world’s best athlete after a session, even though this is far from the case. I would always somehow find extra time on reps for sessions Rod was present at, and I believe an integral part of that was the trust we shared. I pushed myself further than I thought I could because I knew Rod wouldn’t let me succumb to injury on his watch.

Even with personal matters when he would frequently visit Thailand between 2012 and 2017, Rod would still set programmes and offer daily support. Rod was more than a coach to myself and his athletes: he was a friend, even a father-like figure. I would share things with him that I wouldn’t with anyone else, not simply because he needed to know (such as health) but because of the trust we shared. 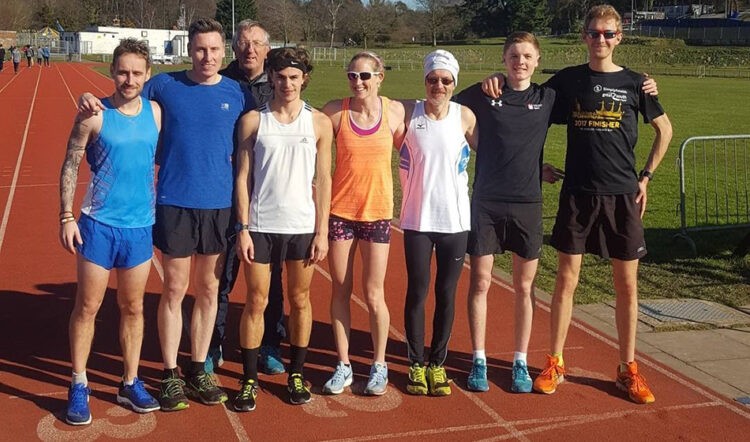 Rod’s coaching career spanned over more than 25 years with Southampton AC. He achieved the level 4 coaching qualification and remained closely associated with the BMC for his entire career. In recognition of his commitment to athletics he was awarded the BMC Lifetime Services to Coaching Award in 2022. This was richly deserved, and I believe went some way to finally convince him that he had made a huge, positive impression on the sport. He was also deservedly appointed as VP for the BMC in 2021.

David Lowes, secretary for the BMC, says: “Rod was not only a great coach, he was an amazing human being and a genuine friend. When the BMC Academy role was handed to me, I had no hesitation in making Rod my assistant. However, I never treated him as such; in my eyes we were a team that simply worked extremely well together. Over the next 15 years we put on courses at Ogmore, South Wales; Cliff College, Derbyshire Peaks; Irthlingborough, Northants and the infamous Spinkhill. Such was the lure of these for athletes that the two annual events in spring and autumn quickly became three.

“Rod was always a great help and like myself he always saw it as a privilege to be involved with, and inspire athletes and coaches alike and leave a lasting legacy. There are not many people who I class as friends that match up to his qualities: humble, caring, a listener and intelligent, all the things that make him a fantastic friend. I will miss our (not) short fortnightly calls. Though we lived at opposite ends of the country, that was not an obstacle and in reality it meant we conversed more than ever. I could write immeasurable words of our memorable times and experiences.”

During Rod’s life, he coached over 100 athletes over a plethora of age groups and abilities, to achieve countless PBs and county, regional, national and international medals, vests and titles. But despite all the glittering awards his group, the “Rod Squad” have received, they will admit that they pale in comparison to the memories and camaraderie shared by the group. Matt Hibberd, one of Rod’s longest associated athletes, has this to say: “Rod’s promise to me of PBs, was achieved within two years across every distance from 400m to the marathon. And at 31 years old I wasn’t a kid anymore. I achieved county medals and vests, but the highlight was that I broke four over 1500m. The joy this gave me will never be repeated. If you can find one person who said Rod ever let them down or didn’t help when they asked … well you just won’t.”

A defining characteristic about Rod is that by his admission, he would rarely “burden” his friends with news of his health and personal life. He considered himself a private person, and felt that disclosure of his condition would expend the nervous energy of his athletes, a precious commodity for success on race day, which ties in with his selflessness. His passing was inevitably a shock to many, despite living with cancer for over 20 years (with only one-and-a-half lungs for much of this time), and this is partly due to never complaining about it.

Rod himself was a highly successful athlete, informing me once that he had racked up nearly 70,000 miles in his life (at which point I’d quip that some cars don’t achieve this milestone and ask if he required an MOT), including over 50 marathons and numerous medals and vests. Even in his final months he would walk one to three miles each day. I believe it is a combination of his physical ability and his mental determination to serve his athletes that he fought cancer over such a long period. 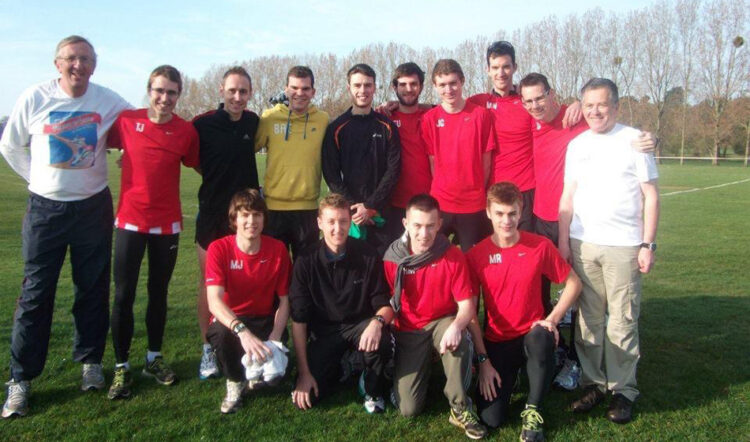 To those unaccustomed to Rod and his witty humour, he may have been seen as strict. Indeed his reaction to a poor result by one of his athletes was quite the spectacle: on occasion the unceremonious flinging of the race day programme was followed by a tirade moving from “you’re sacked” to ”you should find yourself a better coach, I’ve failed you” to “see you at the track on Tuesday, we go again”. But this external image was entirely misplaced when you discovered the kind, warm personality beneath it.

The strict personality people saw was the result of his passion and determination for his athletes to succeed, and that wouldn’t have occurred without this attitude of his. His humour preceded him at times: even in his final days, his well-informed quip that the air-conditioning system (he would frequently disparage air travel to races for this reason) in the hospital was the reason for his malaise rather than cancer helped lighten the mood. Rod took pride and pleasure in putting those around him at ease, and was partly how unmistakable bonds formed between him and those he met, even after years without contact.

Rod’s legacy extends far beyond athletics. In the athletes he coached, he instilled a belief and determination to achieve results they scarcely thought possible. His coaching prowess inspired his fellow coaches in Southampton and in the UK, many of whom undoubtedly have received some pearls of wisdom they can apply to their own coaching.

Fellow coach at Southampton AC, James Mann, who was by Rod’s side in his final moments, said: “When I was new to coaching, when many coaches shunned me because I did not have a running background, Rod took me under his wing: he became my mentor. His ‘quick chats’ were never brief and I’m so glad to be the beneficiary of Rod’s desperation to pass on his immense knowledge.

“In the same way that his athletes are proud to be coached by him, I am proud to have been mentored by him, and I’m devastated that our exciting dream team is no more. The best thing about his coaching was the memories and friendships that he has created for so many athletes and the fact that they can look back on them with joy and emotion. And those memories aren’t just about sport, they are about weddings and christenings, nights out and trips away. And these things all came about because of a great man who decided to live his life selflessly in pursuit of his great passion, and he did this for us with great pride and joy.”

In short, Rod was a great coach, an inspiration, a great friend, simply a great human being. He will be sorely missed but his legacy lives on. RIP, Rod.

Story of Dorando Pietri and the 1908 Olympic Marathon