How to support this year’s English Schools Champs

Be part of the biggest athletics meet of the year in England, writes Chris Cohen, by sponsoring one of the events on the track and field programme in Birmingham

Athletics in Britain is regarded as the No.1 Olympic sport. Everyone wants to watch athletics when the Olympic Games schedules are published, as they were recently for Paris. Almost 90% of the GB team that competes in athletics in 2024 is likely to have competed at the English Schools Championships. Not all will have been winners, but the experience gained will have helped them on their way to their greatest challenge.

Looking at the names of those who have competed at the Championships is like a who’s who of British athletics over the last century. From Daley Thompson (Britain’s first world champion – decathlon) to Jess Ennis (gold in heptathlon), from Dorothy Odam (Britain’s first Olympic medallist – high jump silver 1936 Olympics) to Robbie Grabarz (high jump silver, London 2012), from Mary Rand (the first English Schools athlete to go on to take Olympic gold – 1964 long jump) to Greg Rutherford (gold in London 2012 long jump).

It’s also interesting to note how many people reached the top of others sports via the English Schools Championships, including the Brownlee brothers (triathlon), Joe Bugner (boxing), Helen Glover (rowing), Lizzie Yarnold (the English Schools’ first Winter Olympic champion – 2014 Skeleton) and on and on. Even that great Welsh rugby player, Sir Gareth Edwards, won an English Schools title while at school in Somerset!

Below that level of excellence, English Schools competitions attract a million youngsters to take part in the preliminary rounds of our competitions, with 2000 of them taking part in each of our major championships, in track and field and in cross country.

Each year our championships cost over a quarter of a million pounds to stage, most of which is to pay for accommodation for the 2000 athletes who attend the two-day event and, without a sponsor, we are struggling to continue to stage this major event on the sporting calendar. This year we will be hosting the event at the venue of last year’s Commonwealth Games in Birmingham.

Having received very generous individual donations last year to support staging our championships to compensate for the lack of a major sponsor, this year we are looking to corporate sponsors as well and asking them to sponsor an event at the Championship.

At the Track & Field Championships, over three age groups, we stage a hundred events over two days, most of them with heats and finals. We want companies to sponsor an event and have their name associated with that event. 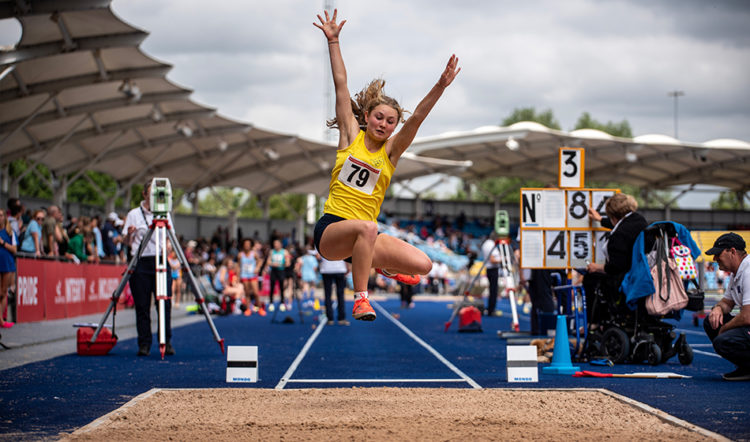 The company name would be linked to the event in the programme and on the medals, as well as a space being offered in the programme to advertise. We can even offer board space alongside the track at an extra cost. We would also offer tickets for staff and car parking, as well as the possibility to be part of the medal awards ceremony for your event.

The cost for each event is £1100, with a special offer of £3000 for three years, which would include our Centenary Championship in 2025.

If you have any contacts in the world of commerce, please ask if they are interested and ask them to contact us at [email protected]

Cameroon vs Serbia live stream: How can I watch World Cup 2022 game for FREE on TV in UK today?