Dina Asher-Smith will hope to build on her brilliant season opener of 7.09 for 60m in the Czech Republic last weekend by facing a star-studded sprint line-up at the Init Indoor Meeting in Karlsruhe, Germany, on Friday (Jan 27).

Kambundji is the quickest in the field as she ran 6.96 to win the world indoor crown in Belgrade last year. However, Swoboda has also run inside seven seconds with 6.99 last winter.

Could the British record fall? Philip holds the mark with 7.06 whereas Asher-Smith was close to her lifetime best of 7.08 last weekend.

Elsewhere in Karlsruhe, Pascal Martinot-Lagarde and Asier Martínez are set to clash in the men’s 60m hurdles, while Maryna BekhRomanchuk and Patricia Mamona face-off in the triple jump.

The women’s shot put is one of the top events as well with world indoor champion Auriel Dongmo of Portugal, European champion Jessica Schilder of Netherlands plus Fanny Roos of Sweden and Danniel Thomas-Dodd of Jamaica.

The meeting is the first of seven World Indoor Tour Gold events that are set to unfold in the next month with the series climaxing in Birmingham on February 25 where home fans will once again hope to see Asher-Smith, Philip and Neita in action.

Following this the indoor season gathers pace quickly. One day after the Karlsruhe event, Keely Hodgkinson will attack Jenny Meadows‘ British 600m record of 1:25.81 at the Bryggen Sports meeting in Manchester. 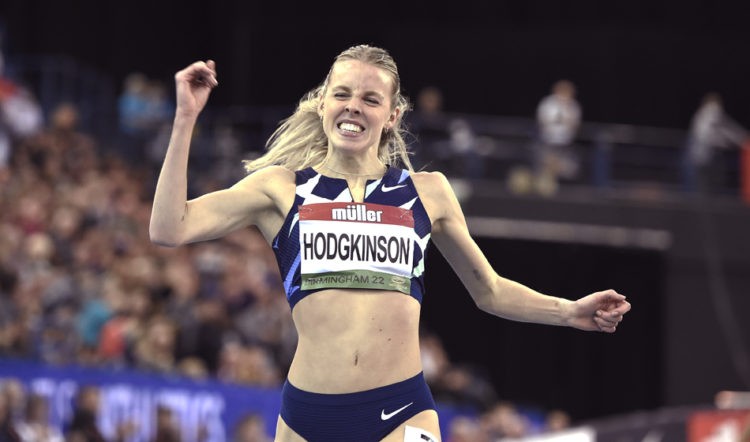 The New Balance Indoor Grand Prix in Boston – the second meeting on the World Indoor Tour Gold calendar – on February 4 features sprint hurdlers Grant Holloway and Trey Cunningham, sprinter Noah Lyles and world 1500m champion Jake Wightman, the latter of whom will be testing his endurance again over 3000m.

Boston is also set to see Sydney McLaughlin-Levrone and Shericka Jackson, the reigning world champions in the 400m hurdles and 200m respectively, going head to head over 60m.

The Millrose Games bills itself as the world’s No.1 indoor meeting and the 115th event on February 11 features line-ups that back up that claim. They include Olympic 800m champion Athing Mu in the 600m, Laura Muir in the women’s Wanamaker Mile and Olli Hoare defending his Wanamaker Mile title. 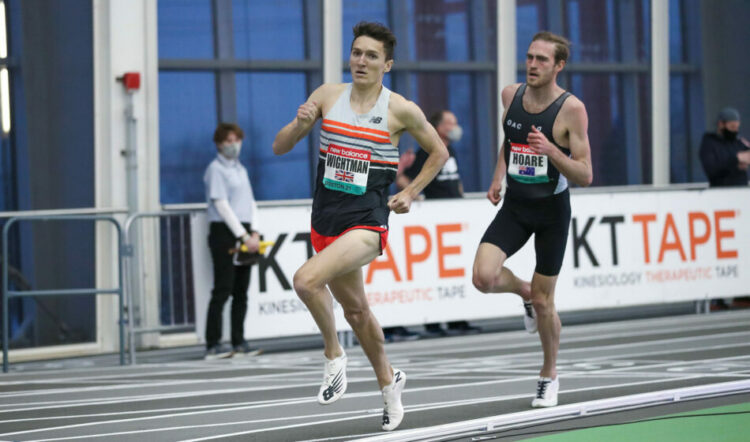 Abby Steiner tackles the 300m, whereas in the field, shot putters Ryan Crouser, Joe Kovacs and Chase Ealey are in action.

In Liévin on February 15, athletes due to compete include Olympic 100m champion Marcel Jacobs and Ethiopian middle-distance star Gudaf Tsegay, plus Hodgkinson and Holloway among others.

The World Indoor Tour final in Birmingham on February 25 sees Wightman again in action, this time over 800m, plus Hodgkinson and many other leading British and international stars.

One name not mentioned so far is Jakob Ingebrigtsen. The Olympic 1500m champion is due to race in Liévin and Madrid in coming weeks but has missed training during January due to illness and is in a race against time to get fit for the European Indoor Championships in Istanbul in early March.